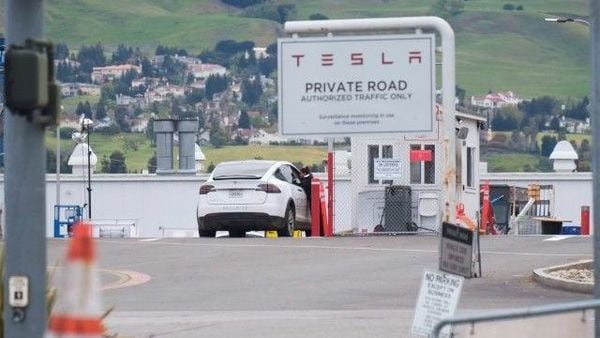 Medtronic Plc Chief Executive Officer Omar Ishrak told CNBC earlier in the day that the medical device maker has started working with Tesla, which is fast on track to start production of ventilators at Fremont.

Governments across the globe have appealed to automakers and aerospace companies to help procure or make ventilators and other medical equipment.

Tesla had bought hospital ventilators in China and shipped them to the United States, Musk had said on Tuesday. The billionaire said in a tweet he helped acquire 1,255 of the machines from China last week and arranged them to be air-shipped to Los Angeles. He thanked Tesla staff and customs officials in China and Los Angeles for assistance.

Tesla has joined General Motors and a few other carmakers globally to produce ventilators after one Tesla customer urged Elon Musk to re-purpose Tesla’s factory to produce the machines.

Elon Musk, an outspoken skeptic of the severity of the coronavirus outbreak, donated more than 1,000 ventilators to officials in Los Angeles to meet demand as the pandemic becomes more severe.

In a bid to help battle the novel coronavirus pandemic, Tesla CEO Elon Musk has also donated 50,000 N95 surgical masks and various protective items to a hospital in the US.

Musk has made a promise that he would donate 250,000 masks with the N95 protection level, which belong to his companies, to hospitals.

The University of California, Los Angeles (UCLA) Health Hospital received a truckload of various protective items, including masks and gowns from Tesla, according to tesmanian.com.

Musk’s move comes after he tweeted dismissively about whether there will even be a ventilator shortage. The entrepreneur had also called the panic surrounding the outbreak “dumb" and said that kids are “essentially immune" despite evidence that it can be serious for some children. Musk spent days dueling with local officials over a county shelter-in-place order before Tesla finally idled production at its lone U.S. car-assembly plant.