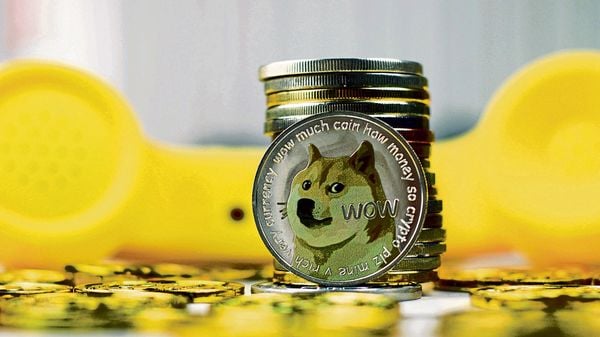 Many feel the fate of Dogecoin will rise or sink with the fortunes of Tesla CEO Elon Musk.

Tesla is the first car company in the world to accept Bitcoin as a form of payment for its electric vehicles in the United States and may next also accept Dogecoin in a similar manner. Dogecoin, much like Bitcoin, is a cryptocurrency but one that has a Shiba Inu dog from a meme as its logo.

Dogecoin was created by Billy Markus and Jackson Palmer as a form of payment but was meant as a joke. There's no joke in the fact that the value of Dogecoin has seen a stunning rise. And because there is no upper limit - as is the case with Bitcoin, there could be around 100 Billion Dogecoins in circulation.

But why is Tesla looking rather eager to accept it as a form of payment.

Tesla CEO Elon Musk has been a big supporter of Bitcoin and appears equally taken by Dogecoin. He recently asked his millions of followers on Twitter if Tesla ought to accept it as a form of payment. At the time of writing this report - some 19 hours after Musk's tweet - an overwhelming 71% respondents had affirmed it should be accepted.

For a cryptocurrency that was born from a meme, developed as a joke and generally wasn't taken with much credibility till recently, Dogecoin has come a fair distance. Its market cap has risen from around $1 billion in early parts of January this year to well over $45 billion by April end.

Making payments through cryptocurrency, however, may not be quite straightforward, also because these forms of currencies are very volatile. But the fact that the likes of Tesla and Musk have been keeping the interest levels high by references and announcements related to cryptocurrencies, the highs could remain for quite some time to come.