Home Auto News Tesla Surges As Fund Managers Face Big Decision: How Much To Own

Tesla surges as fund managers face big decision: How much to own

With Tesla in the S&P 500, actively managed funds that avoid its shares will risk falling behind if Tesla's blistering rally continues.
By : Reuters
| Updated on: 18 Nov 2020, 10:52 AM 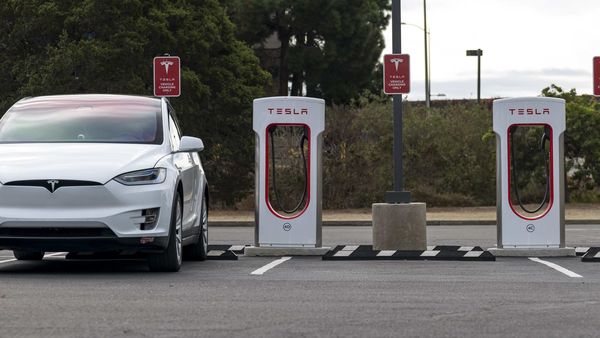 Love it or hate it, a much broader universe of portfolio managers will soon have to take a stance on Tesla's stock, which surged 8% on Tuesday following the announcement that it will join the S&P 500.

The electric car maker's stock market value shot up about $40 billion on expectations that Tesla's inclusion in Wall Street's most-followed U.S. stock index in December, announced late on Monday, will force passive funds tracking the index to buy over $50 billion of its shares.

Its inclusion will also force actively managed funds that try to beat the S&P 500 to grapple with a question many have avoided for years: whether to own shares of Wall Street’s most controversial companies, and if so, how many?

“If Tesla starts to take off… and if they don’t own Tesla, then they are going to underperform by a pretty meaty amount," he said.

Many fund managers until now have avoided Tesla, according to Lip, because its low profitability and high debt exclude it from screening lists drawn up by fund managers considering new investments. Refinitiv Eikon data shows that, excluding index funds, about 700 investment funds own or recently owned Tesla, compared to over 2,100 funds owning Johnson & Johnson, an S&P 500 component with a value similar to Tesla.

Up over 400% in 2020, the California-based car maker has become the most valuable auto company in the world, by far, despite production that is a fraction of rivals such as Toyota Motor, Volkswagen and General Motors .

Entry to the S&P 500 will put Tesla among the index's 10 most valuable companies, larger than JPMorgan Chase and approaching the value of Visa.

Many investors believe Tesla's stock is in a bubble, and some have warned against adding it to the S&P 500 at current levels. Adding to uncertainty around Tesla is Chief Executive Elon Musk, viewed by many as a genius entrepreneur, but who in 2018 agreed to pay $20 million and step down as chairman to settle fraud charges.

With Tesla in the S&P 500, actively managed funds that avoid its shares will risk falling behind if Tesla's blistering rally continues. On the other hand, they may find themselves ahead if they keep the company out of their portfolios and the stock's high-flying performance reverses.

"Many active managers shadow the S&P 500, so this makes it more difficult for them to ignore Tesla," said Quincy Krosby, chief market strategist at Prudential Financial in Newark, New Jersey.

Krosby compared Tesla's inclusion in the S&P 500 to China's gradual addition in recent years to MSCI's widely tracked equity benchmarks, which led global investors that rate their performance against those indexes to pour hundreds of billions of dollars into the country's stock markets.

“Many so-called active management funds are benchmark huggers and now they’re going to have to tinker with what weighting to apply" to Tesla, said David Barse of index company XOUT Capital. “Many of them are going to realize they have to add it."