Sentry Mode allows owners of Tesla vehicle to capture footage of their cars from all angles, even when they are away.Sentry Mode can also sound alarms to deter miscreants.
By : HT Auto Desk
| Updated on: 24 Mar 2020, 08:49 AM 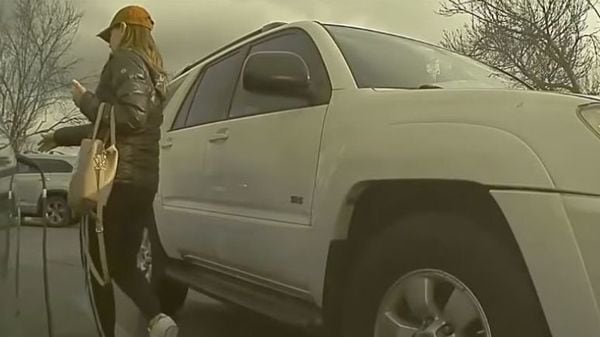 Photo grab from video posted on Youtube by Better Tomorrow.

In yet another example of why more cars of today need a feature similar to Tesla's Sentry Mode, a woman was caught on a Model 3's camera unplugging its charging cable so that she could reportedly use it to charger her own electric vehicle (EV).

Tesla's Sentry Mode allows for footage around the car to be recorded while the owner of the vehicle is away. It is a security feature which can either deter people using alarm sounds or simply capture footage. In the second case, a woman was caught using the charging cable while it was still plugged into the Model 3 car. She can be seen walking over to the car, yanking the cable off and then reportedly taking it to charge her own vehicle.

Since public charging points do not have a lock-in mechanism, it is quite easy to unplug a car's charging cable and use it on another vehicle, if required. And while it is not criminal do to so unless an EV has been charged completely or without the courtesy of seeking permission of the owner, it is widely considered unethical.

It is important to point out, however, that it is not clear if the woman had sought permission or if the vehicle she unplugged the cable from had reached full charge. The car's Sentry Mode, however, once again displayed why it is a valuable addition to Tesla cars. It has previously recorded miscreants trying to damage cars, a woman scratching the length of another Tesla vehicle, and attempts to steal.

The footage captured by the car's camera may not always be able to prevent damage but go a long way in nabbing culprits if the owner chooses to lodge an official complaint and press charges.