Home Auto News Tesla's Road To The S&p 500 Was A Wild Ride, These Charts Show

Tesla's road to the S&P 500 was a wild ride, these charts show 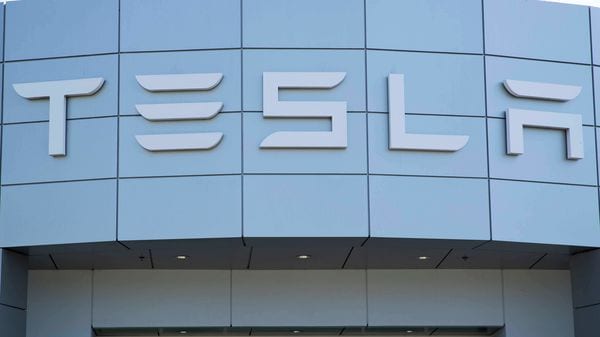 In a tumultuous year for stocks, few stories have been as dramatic as the breakout for Tesla Inc.

The electric-car maker led by the billionaire Elon Musk will start trading as a member of the S&P 500 Index on Monday, capping a series of 2020 milestones. Now, a stock long driven by fanatical believers in the company’s celebrity founder has gone mainstream after an eight-fold surge this year.

Here are six charts that show what a wild ride it has been, and why the volatility may be far from over.

Tesla’s revenue growth has been choppy this year, but its shares are poised for their sixth straight quarterly gain as traders focus on long-term potential.

Analysts have had a tough time keeping up with the exuberance of Tesla investors, who kept driving the stock higher despite minor disappointments and warnings about the stock being “dramatically overvalued." Tesla shares closed at $695 on Friday. At this time last year, the average 12-month price target on Wall Street was $58.30.

Tesla has been one of the most volatile U.S. stocks this year. It’s now common for the value of one-day swings in Tesla stock to exceed the market capitalization of major automakers such as Fiat Chrysler Automobiles NV, Ferrari NV or BMW AG.

Tesla’s 14-day relative strength index exceeded the “overbought" range almost three out of every 10 trading days this year, usually a sign a stock is poised for a reversal. Not so for Tesla, which closed Friday at an all-time high.

How Tesla should be valued is one of the most contentious issues between bulls and bears. Goldman Sachs says the stock is worth $780; JPMorgan’s price target is $90. Tesla’s valuation, on both a price-to-earnings or price-to-sales basis, is significantly higher than both Apple Inc. and the NYSE FANG Index of megacap technology shares.

Skeptics say Tesla’s momentum may break after its inclusion in the S&P 500 as one of the heaviest-weighted members, but there’s precedent for the rally to continue. Like Tesla, Berkshire Hathaway Inc. debuted in the gauge with a heavy weighting and, after a brief selloff, resumed its advance to outperform the benchmark over the next five years.