Tesla's market capitalization surged above $600 billion, making the once wobbly startup founded by billionaire Elon Musk worth more than the five top-selling global vehicle making groups combined.For 2021, all signs point toward the industry accelerating its shift toward electrification.
By : Reuters
| Updated on: 21 Dec 2020, 12:20 PM

Tesla Inc and Wall Street made 2020 the year that the US auto industry decided to go electric.

Tesla's market capitalization surged above $600 billion, making the once wobbly startup founded by billionaire Elon Musk worth more than the five top-selling global vehicle making groups combined. The exclamation point came on Friday when Tesla rose to a record high in frantic trading ahead of the stock's much anticipated entrance into the benchmark S&P 500 index..

For 2021, all signs point toward the industry accelerating its shift toward electrification, a turning point as historically momentous as the launch of Ford Motor Co's moving assembly line for the Model T or General Motors ' 2009 bankruptcy.

Tesla's ascent came the same year that activist hedge funds and other investors ratcheted up pressure on corporations to fight climate change. Evidence is growing that more investors have concluded the century-long dominance of internal combustion engines - "ICE" in industry slang - is headed toward a close within a decade.

From London to Beijing to California, political leaders also embraced plans to start phasing out internal combustion engine-only vehicles as early as 2030. Pressure to cut greenhouse gas emissions undermines the logic for significant new investments in ICE engines. Thousands of manufacturing jobs are currently tied to internal combustion in the United States, Britain, Germany, France, Japan and other countries.

Other powerful forces also shook the auto industry's status quo this year. The Covid-19 pandemic stripped away the sales and profits that incumbent automakers had counted on to fund methodical transitions to electric vehicles. China's rapid recovery from the pandemic exerted an even more powerful gravitational pull on industry investment.

WILL CONSUMERS PLUG IN?

This was the year GM Chief Executive Mary Barra and other top industry executives began to echo Tesla's Musk, saying electric vehicle battery costs could soon achieve parity with internal combustion technology. Still, it remained to be seen whether consumers, particularly in the United States, are ready to say goodbye to petroleum-fueled pickup trucks and SUVs.

The best-selling vehicles in the United States remain large, petroleum-burning pickup trucks. Demand for these vehicles powered a recovery for Detroit automakers after the pandemic forced factories to shut down in the spring.

The best electric vehicle and battery makers could field models that match internal combustion upfront cost as soon as 2023, brokerage Bernstein wrote in a report.

The shift toward electric vehicles is speeding a parallel transformation of vehicles into largely digital machines that get much of their value from software that powers rich visual displays and features such as automated driving systems.

Across the industry, century-old manufacturers such as Daimler AG are scrambling to hire programmers and artificial intelligence experts.

The capability of software to manage autonomous driving systems, electricity flows from batteries and data streaming to and from vehicles is replacing horsepower as a measure of automotive engineering achievement.

THE PANDEMIC AND CHINA

In the best of times, traditional internal-combustion vehicles would have faced huge costs and disruptions to their workforces to evolve to electric, software-intensive vehicles. But the shock delivered by the coronavirus pandemic gave manufacturers much less money and time to adapt. 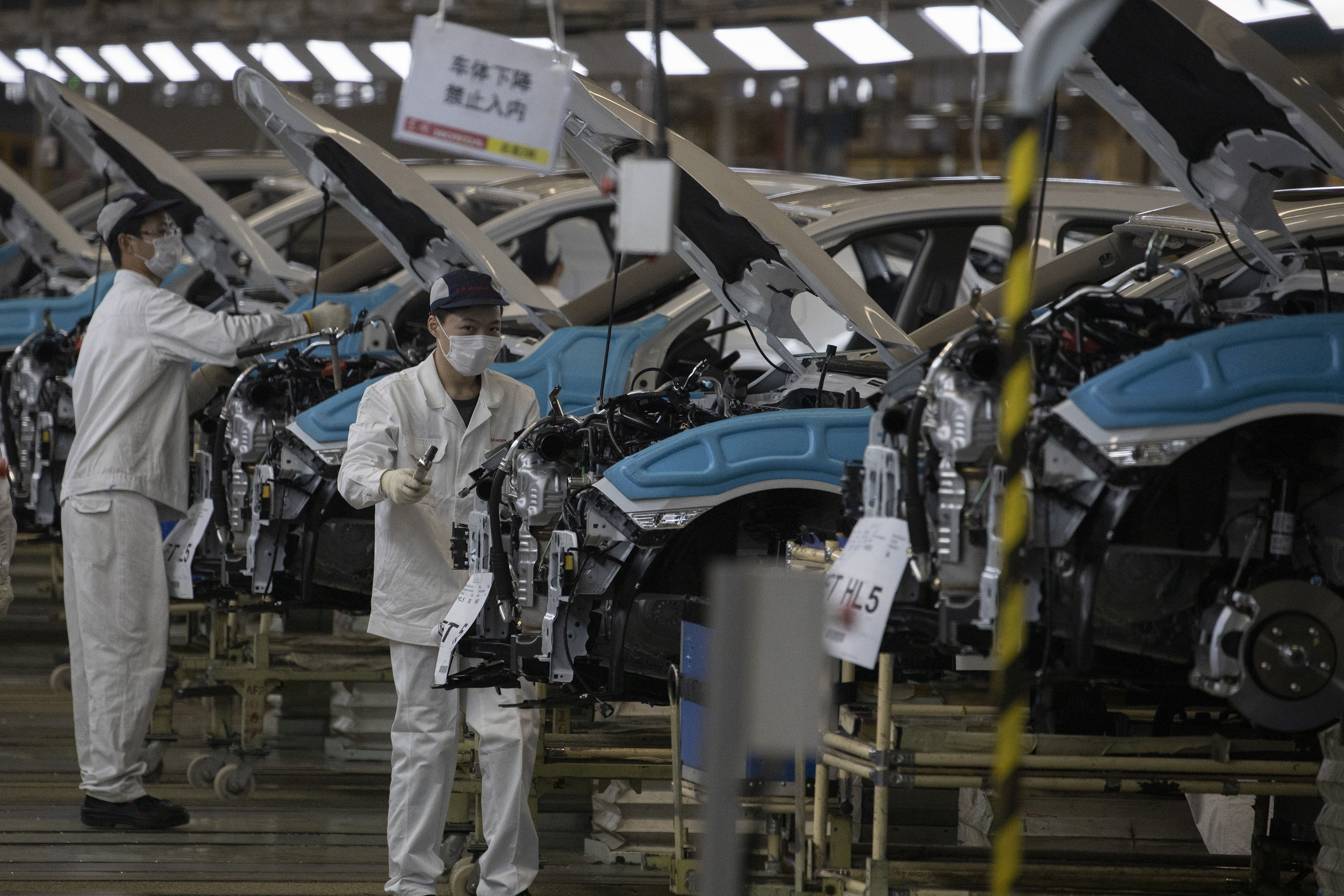 Consultancy IHS Markit forecasts that global vehicle production will not match 2019 levels again until 2023. Automakers will have produced 20 million fewer vehicles by 2023 than they could have built had output stayed at 2019 levels.

“Only the most agile with a Darwinian spirit will survive," said Carlos Tavares, the Peugeot SA chief who will lead the combined Peugeot and Fiat Chrysler when that merger is completed.

The pandemic also elevated the importance of China to the industry's future. That country's swift recovery from the pandemic amplified the gravitational pull of its huge market on automotive investment, despite anti-China rhetoric from U.S. and European politicians.

China's drive to reduce dependence on petroleum is compelling automakers to shift investment toward battery electric and hybrid vehicles, and re-center design and engineering activities to Chinese cities from traditional hubs in Nagoya, Wolfsburg and Detroit. Tesla said it will establish a design and research center in China.

Daimler AG Chief Executive Ola Kaellenius put it bluntly in October: “We need to look at our production footprint and where it makes sense, shift our production," he said during a video call. “Last year we sold around 700,000 passenger cars in China. The next biggest market is the U.S. with between 320,000 and 330,000 cars."