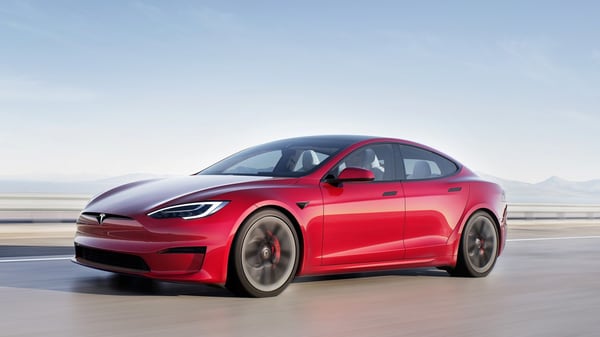 EV giant Tesla has removed radar from its Model S and Model X electric vehicles as of mid-February. After the same was done for Model 3 and Model Y, the company's entire lineup has moved to ‘Tesla Vision,’ referred to the array of cameras that Tesla says negates the need for radars. Tesla Vision is the company's camera-based Autopilot system.

When last year, Tesla did the same for Model 3 and Model Y, the move prompted some questions from the Insurance Institute for Highway Safety (IIHS), but the institute is now fine with it after testing. With the latest update, as of mid-February, all Tesla Model S and Model X cars built for the North American market will utilize Tesla Vision. While all Model S and Model X units built for the North American market prior will still come equipped with radar.

Tesla stated on its website that for a short period during the transition to Tesla Vision, cars with this feature may be delivered with some features temporarily limited or inactive. Among these, the autosteer feature will be limited to 80 mph and the minimum following distance to the vehicle ahead is longer than in older radar-equipped models. But this is an improvement over the time when Tesla first announced the feature. Back then, the smart summon feature was also on the list of features not working while the maximum autosteer speed was even lower then - 75 mph.

The company's website stated that in the following weeks, it will start restoring these features via a series of over-the-air software updates. All other available Autopilot and Full Self-Driving features will be active at delivery, depending on order configuration.