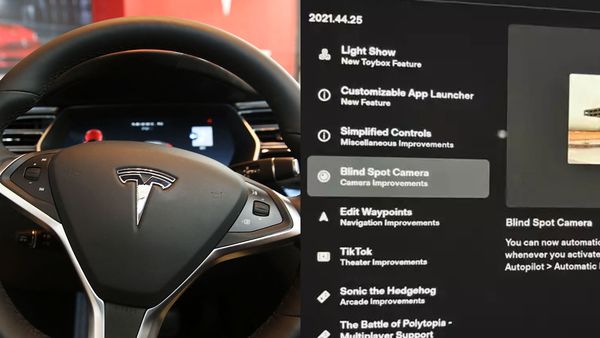 In its recent blog post, Tesla has revealed more details about its ‘holiday’ software update that it started rolling out earlier this month. The detailed post also gives a break-down of which Tesla vehicles will receive which features in the software version 2021.44.25. The update also includes something for non-Tesla vehicle owners.

The blog post reveals that the ‘holiday’ update will bring a new ‘megaphone’ feature which allows drivers to use their Tesla vehicles as actual megaphones to communicate with their surroundings. Precisely speaking, the Boombox Megaphone allows owners to project their voice via the car’s external speaker.

Another software feature that went unnoticed previously includes a better audio experience. For this, Tesla has now added five levels of Immersive Audio including an auto setting that adapts to the content that the owner is playing. Owners can also adjust subwoofer output independently.

For non-Tesla vehicles, Tesla is making the Light Show feature available as the EV maker has published the open-source software called xLights that it used to create the feature. This means that anyone with a computer can create their own unique Tesla Light Show, not just Tesla owners.

Using xLights - the free open-source software, one can create a light show to perform with any music of their choice. One can then download the light show or shows from other creators onto a USB flash drive and upload it to the car. The Light Show also comes pre-loaded with one song and works with all-new Model S, new Model X, and any Model 3 or Model Y.

Among other updates for Tesla owners, the latest software brings TikTok integration, a customizable app launcher, a dark mode for display screen, new games and some simplified controls.