Tesla will start by delivering batteries for an energy storage project in Japan’s northern island of Hokkaido.
By : Bloomberg
| Updated on: 19 Aug 2021, 05:19 PM 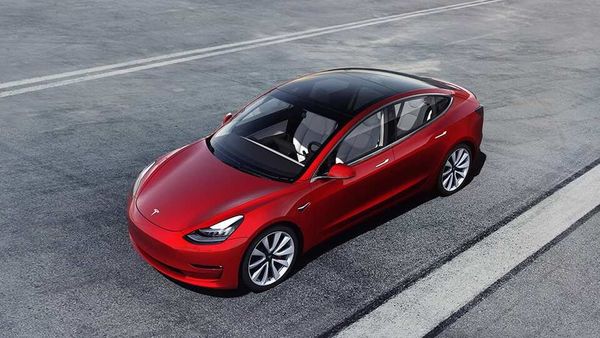 Tesla Model 3 has stamped the EV-maker's dominance in the world of clean personal mobility.

Tesla Inc. is plotting an entry into Japan’s energy sector with plans to provide power companies with large storage batteries and energy management systems that will support the country’s shift to renewable energy, the Nikkei newspaper reported without attribution.

Tesla will start by delivering batteries for an energy storage project in Japan’s northern island of Hokkaido. The 6-megawatt hour system, capable of meeting the power needs of about 500 households, will be overseen by Global Engineering Co. It will begin operation in 2022, a representative from the Japanese energy company said.

The move comes as Japan seeks to increase its reliance on renewable energy. The country is aiming to have solar, wind, hydropower and other sources, make up more than a third of the nation’s power generation within the next decade, up from about a fifth today, in an aggressive push to reduce emissions.

Tesla did not immediately respond to an emailed request for comment.

Large-scale batteries help support renewable installations — storing surplus energy and releasing it later when the sun is not shining or wind is not blowing — and are being deployed to grids on an ever-growing scale globally.

The push into Japan’s power sector follows similar, yet substantially larger, moves in the U.S. and Australia.

Vistra Corp.’s Moss Landing energy storage in California is already the world’s largest and being expanded to a capacity of 400 megawatts, or 1,600 megawatt-hours, and is capable of providing power to 225,000 homes for four hours. A Tesla subsidiary is building a more than 100 megawatt energy storage project in Texas, capable of powering about 20,000 homes on a hot summer day.

In Japan, Tesla’s entry into the energy sector may help hasten the country’s introduction of renewables. Tesla plans to sell its power units at about a fifth of local market prices, according to Nikkei.