Tesla plunged 21% earlier this month after missing out on being included in the S&P 500 and on news of a partnership between competitors Nikola Corp. and General Motors Co.
By : Bloomberg
| Updated on: 19 Sep 2020, 08:25 PM 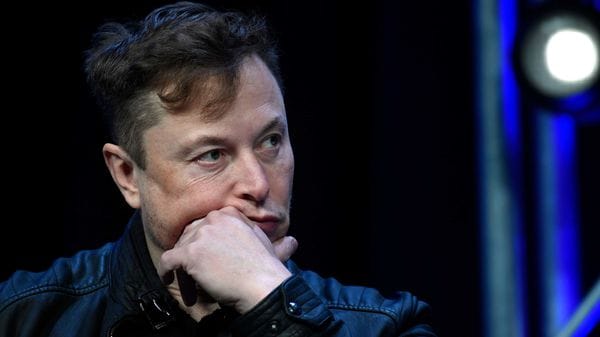 The record plunge in Tesla Inc. that shaved $82 billion from its value in just one day wasn’t exactly a reason for Cathie Wood to hit the sell button. In fact, she piled even further on the shares -- the top holding in one of this year’s most-successful ETFs.

“I was happy to see [Tesla] get slapped," said Wood, who manages the $8.4 billion ARK Innovation exchange-traded fund. “We wait for those sorts of days where there is outright fear. If we think the stock has dropped enough, we’ll move in, and we did."

Tesla plunged 21% earlier this month after missing out on being included in the S&P 500 and on news of a partnership between competitors Nikola Corp. and General Motors Co. The slide was a reason for ARKK to boost its position in the maker of electric cars to 10.7% from 9.9% on Sept. 8. Since then, the shares have rallied almost 35%, and jumped as much as 6.5% on Friday after analysts at Piper Sandler and Wedbush raised their price targets ahead of the automaker’s “Battery Day" event next week.

In a turbulent year of market swings and rapidly changing trends, Wood’s funds have been among the best performers. ARKK, along with her Ark Next Generation Internet ETF (ARKW) and Ark Genomic Revolution ETF (ARKG), have each returned more than 78% in 2020.

Aside from seeing Tesla’s plunge as a buying opportunity, the founder of New York-based Ark Investment Management said the rebound was a sign of resiliency for the market.

“When I don’t see enough worry, then I start worrying," said Wood. “I’m happy now that more people are worrying about more things. I always say the strongest bull markets climb a wall of worry."

ARKK has ballooned in assets this year, attracting more than $4 billion, according to data compiled by Bloomberg. That’s in part due to its bets on Tesla, which has surged almost 430% in 2020, compared with a gain of about 5% for the S&P 500. And Wood says she expects the bets will continue to pay off.

“As we’re updating our models, we’re being more optimistic on it," she said. “Nothing has changed in our models except to the upside."