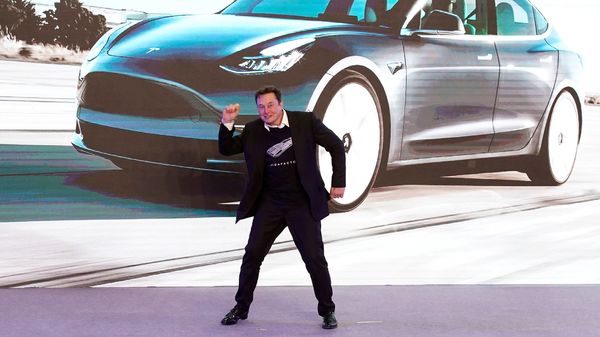 Surging interest from index-tracking funds sent Tesla Inc.’s price surging to a record $695 in the auction used by exchanges to close trading, almost 4% above its average price Friday.

More than 69 million shares traded in the electronically managed closing print, a key price that will act as a starting point for passive funds that track the S&P 500. It came on a day of extreme volume for the electric vehicle maker, which will enter the storied equity benchmark on Monday. Almost 200 million Tesla shares changed hands in the regular session

As of Friday’s close, Tesla shares are up 730% this year. The S&P Dow Jones Indices committee announced Tesla would be added to the S&P 500 in November, and shares have surged around 70% since. Now, the electric-vehicle maker will be added to the most-followed stock benchmark at a record high price-tag of $695.