Batteries are at the heart of an electric vehicle and so, Tesla Battery Day has made many sit up once again and wait with eager anticipation about what lies ahead.
By : AFP
| Updated on: 22 Sep 2020, 01:36 PM 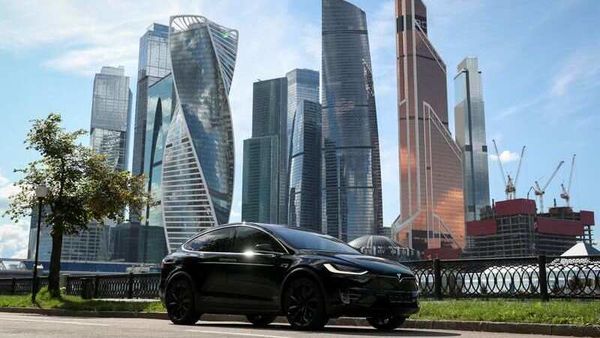 Speculation includes that Tesla will announce it has come up with ways to pack more energy into battery cells, slash production cost and dramatically extend battery life.

Musk, however, seemed to tap the brakes a bit on expectations in a tweet Monday, saying announcements will affect long-term production, particularly of Tesla's Semi, Cybertruck and Roadster models.

Innovations will not reach "serious high-volume production" until the year 2022, according to Musk.

In response to a Teslerati.com story shared on Twitter contending that the battery announcement might be "more insane than expected," Musk fired off a comment saying, "It will be very insane."

In a tweet earlier this month, Musk promised "many exciting things will be unveiled on Battery Day." He finished the message with a lightning bolt emoji.

"We know Tesla is going to promote its technology and needs to if Semi and Cybertruck are the next platforms both requiring high density solutions," Canaccord analyst Jed Dorsheimer said in a note to investors.

"But like most things Tesla, the devil will be in the details, which sadly will take some time to play out."

Along with making electric cars, Tesla has a battery division devoted to rechargeable power cells for its vehicles, as well as storage packs for electricity at homes, businesses or disaster scenes.

"We believe the company is getting closer to announcing the million mile battery at this highly-anticipated event," Ives said.

Such an improvement in battery life could make electric cars a more attractive investment and ease environmental concerns.

Musk could also announce progress in his drive to stop using cobalt, a vital and expensive component in lithium-ion batteries that comes with concerns about human rights violations in mining operations.

Investors will be particularly interested in whether Tesla can get battery production costs on track to go below the "key threshold" of $100 per kilowatt hour, according to Ives.

Tesla makes batteries at its plants in the US and China, and is building a factory in Germany.

Lithium-ion batteries for Tesla models are made by Panasonic at the electric vehicle company's "gigafactory" in Nevada. Some analysts think Musk is keen to ramp up battery supply and interested in more control of production.

Musk said in a tweet on Monday that Tesla intends to increase battery purchases from Panasonic, LG and China-based CATL.

"However, even with our cell suppliers going at maximum speed, we still foresee significant shortages in 2022 and beyond unless we also take action ourselves," Musk said.

The battery event was originally planned for early this year but was delayed due to the pandemic.

Tesla is already ahead of other automakers when it comes to batteries, the key to the future of electric vehicles.

Colorful founder and chief executive Musk has a pattern of envisioning wondrous innovations, from colonies on Mars to meshing minds with computers and people zipping along underground through "hyperloop" tunnel systems.