Tata Motors to offer VRS to 1,600 staff as slowdown takes a toll 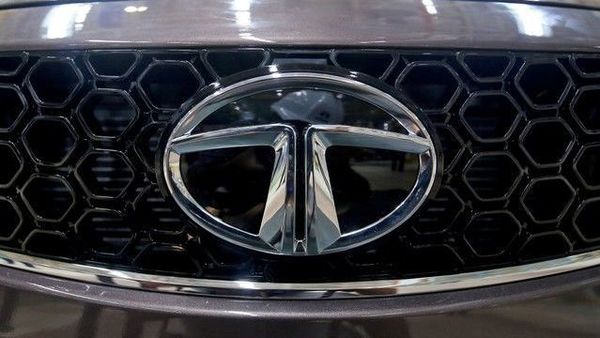 FILE PHOTO: A Tata Tigor car is pictured at the assembly line inside the Tata Motors car plant in Sanand, on the outskirts of Ahmedabad, India, August 7, 2018. REUTERS/Amit Dave

Tata Motors Ltd is working on a voluntary retirement scheme (VRS), said four people aware of the matter, as India’s largest vehicle maker bears the brunt of a prolonged slowdown in the domestic market.

The scheme will be offered to employees of different departments, across its businesses of passenger and commercial vehicles, said one of the four people cited above, requesting anonymity.

“This year, Tata Motors’ employee cost-cutting plans are more aggressive than the previous times. Besides removing surplus staff at JLR in recent months, the company is now seeking voluntary retirements from more than 1,600 people across all locations and hierarchies," said the person.

Tata’s move would follow other vehicle makers such as Hero MotoCorp Ltd, Ashok Leyland Ltd and Toyota Kirloskar Motors Pvt. Ltd that have introduced similar schemes this fiscal. Tata’s woes have been compounded by stringent emission norms that are set to kick in from April as well as possessing one of the largest workforce in the industry.

The company’s employee cost as a percentage of net sales during the September quarter swelled to 10.7% from 5.9% in the year earlier. During the quarter, Tata Motors’ stand-alone net sales fell 44% from a year earlier, while it plunged to a net loss of ₹1,281.97 crore from a year-earlier profit of ₹109.14 crore.

In comparison, employee cost as a percentage of net sales at the country’s largest passenger vehicle manufacturer, Maruti Suzuki India Ltd, stood at 4.9%, compared to 3.5% in the year-ago period.

Tata Motors has been trying to reduce its employee cost over the last few years and in 2017 had launched a similar offer, but most of the permanent employees stayed away from the severance package.

Responding to emailed queries, a spokesperson for Tata Motors said, “At the moment, there is no such plan."

Fortunes of Tata Motors’ India operations have been dwindling over the last few quarters. In the September quarter, sales of heavy and medium commercial vehicles fell 59%, while overall sales for the company in the segment declined 41.2%. After the introduction of Bharat Stage VI (BS VI) norms, demand of heavy and medium commercial vehicles is likely to shrink further, posing more challenges in the next fiscal.

The second person cited earlier said permanent employees across departments will be considered for VRS, but the focus will be on reducing the number of employees on the engineering side of operations. Contracts of some senior employees, retained as consultants post retirement, may not get renewed, said the person.

“On the engineering side, the employee count is quite heavy compared to other automakers. Given the challenges ahead, the company will not be able to run efficiently with such a high employee cost," added the person.

An analyst at a brokerage firm said demand projection for the next few quarters is not buoyant with BS VI norms set for introduction, while there will be greater automation in the manufacturing process. Hence, this step by the company makes sense, added the analyst.

“Headcount rationalization across the board had led them to even look at the research and development (R&D) teams, including the engineering research centre in Pune, which is the hotbed of all R&D activities for the company," said the third person.

A host of new regulations for the automobile industry will be introduced in the country in the next few years till 2023 that will make vehicles across categories costly and is expected to have an adverse impact on demand. In October, India adopted new safety norms for vehicles and in April, the new emission norms will come into effect. From 2022, the second and stricter phase of corporate average fuel efficiency norms will be implemented and in 2023, real-time driving emission test will be introduced.