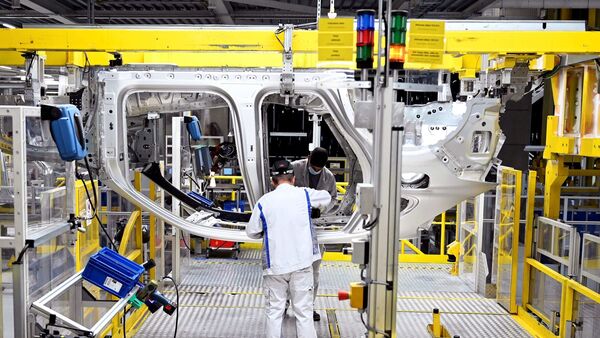 The auto industry has been a playground for men for the longest time but the times are changing as goes the famous Bob Dylan song. Automakers such as Tata Motors, MG Motor, Hero MotoCorp and Bajaj Auto are stressing gender diversity like never before. Tata Motors has more than 3,000 women working in the company's six plants across the country in various roles ranging from producing a range of vehicles from small passenger cars to heavy commercial vehicles.

Tata Motors has plans to add more women in its factory workforce. Tata Motors President and Chief Human Resources Officer Ravindra Kumar said that though companies have a framework to encourage women for key designations, figures still show a wide gap between the idealised criteria and reality. However, he added that the automaker is putting in efforts in its own way to tackle this issue. “We have also undertaken the challenging task of building a shop in Pune that entirely comprises a women workforce, and as of now, 1,100 women are employed in this shop. We plan to increase this further to 1,500 in the next two months," he was quoted as in a PTI report.

MG Motor India is also aiming to achieve a balance in its workforce and hence has set a goal to make 50 per cent of its total workforce women, including in factories, by December next year. At present, women constitute 34 per cent of the company's factory workforce of 2,000 at the Halol plant located in Gujarat.

Hero MotoCorp has employed over 1,500 women employees with a diversity ratio of 9.3 per cent at the end of 2021-22. It has also set a target of increasing it in the near future. Bajaj Auto has an all-women line of producing high-end bikes like Dominar 400 and Pulsar RS 200 at its Chakan plant in Pune. The automaker observed that the strength of its women workforce is increasing more than four times from 148 in FY14 to 667 in FY22.