Takata triggers US car recall for another 10 million air bags

The US government's highway safety agency has launched an investigation into four automakers that have a potentially deadly type of Takata air bag inflator in their vehicles.
By : Bloomberg
| Updated on: 09 Jan 2020, 10:40 AM 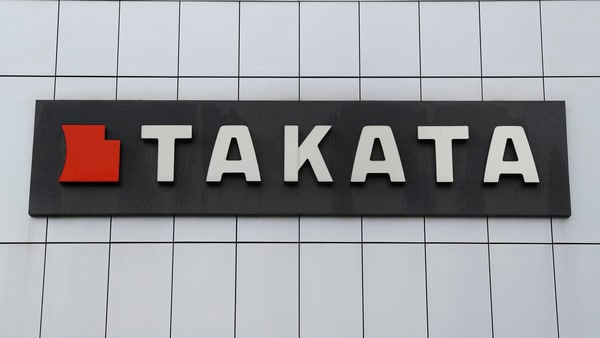 FILE - This June 25, 2017 file photo shows TK Holdings Inc. headquarters in Auburn Hills, Mich. Bankrupt air bag maker Takata is recalling about 1.4 million driver's side inflators in the U.S. because they could explode and hurl shrapnel. They also may not inflate properly to protect people in a crash. (AP Photo/Paul Sancya, File)

Another 10 million air bag inflators made by now-defunct Takata Corp. must be repaired in what could be the last major wave of the auto industry’s largest-ever safety recall crisis.

The callback disclosed on Wednesday represents the final phase in a series of scheduled recalls covering of tens of millions of the defective parts that the now-bankrupt auto supplier agreed to undertake in a 2015 settlement, according to the U.S. National Highway Traffic Safety Administration.

The parts covered by the latest recall were installed in earlier repairs despite sharing the same basic flaw as the components they were replacing: explosive propellant that can become unstable in hot, humid climates and explode in a crash, spraying vehicle occupants with metal shards.

The components were used because, being newly made, they were seen as a safer alternative to older inflators exposed to years of heat and humidity. The supplier told NHTSA it was unaware of any examples of the replacement parts exploding after being installed in a vehicle, according to filings with the agency. Later versions of Takata’s components used a chemical drying agent and several automakers have switched to alternative designs from other companies that don’t share the same defect as the Takata parts.

The parts recalled on Wednesday were supplied to 14 automakers for their U.S. vehicles, including Honda Motor Co., Fiat Chrysler Automobiles NV and BMW AG. Some automakers have already announced their share of the recalls. Also on Wednesday, Subaru Corp.’s U.S. unit said it would recall roughly 500,000 vehicles in the county to replace the components, it told NHTSA.

Fiat Chrysler began fixing the affected parts in its vehicles in 2015 and no additional recalls will stem from Takata’s latest action, a spokesman for the automaker said.

Some 34.6 million inflators have been repaired while 12.8 million defective parts remained on the road as of mid-November, according to NHTSA.