Home Auto News Six Wheeled Rover To Land On Mars: All You Need To Know About Nasa Perseverance

Six-wheeled rover to land on Mars: All you need to know about NASA Perseverance 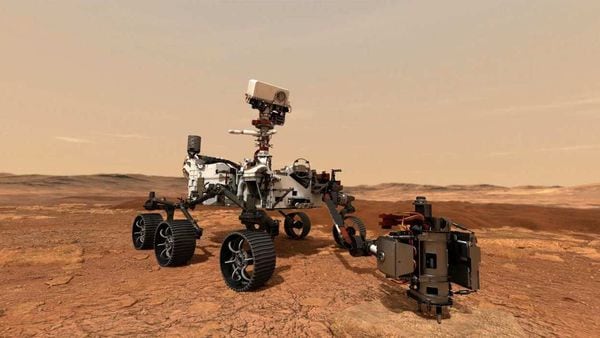 Perseverance rover uses its drill to collect a rock sample on Mars in this undated artistic conceptual illustration handout.

NASA Perseverance is a rover like no other. All set to descend on the surface of Mars, this six-wheeled rover holds a whole lot of promise for man's desire to know about and explore the Red Planet. It is just that the final journey towards the surface of Mars might just also be the riskiest. 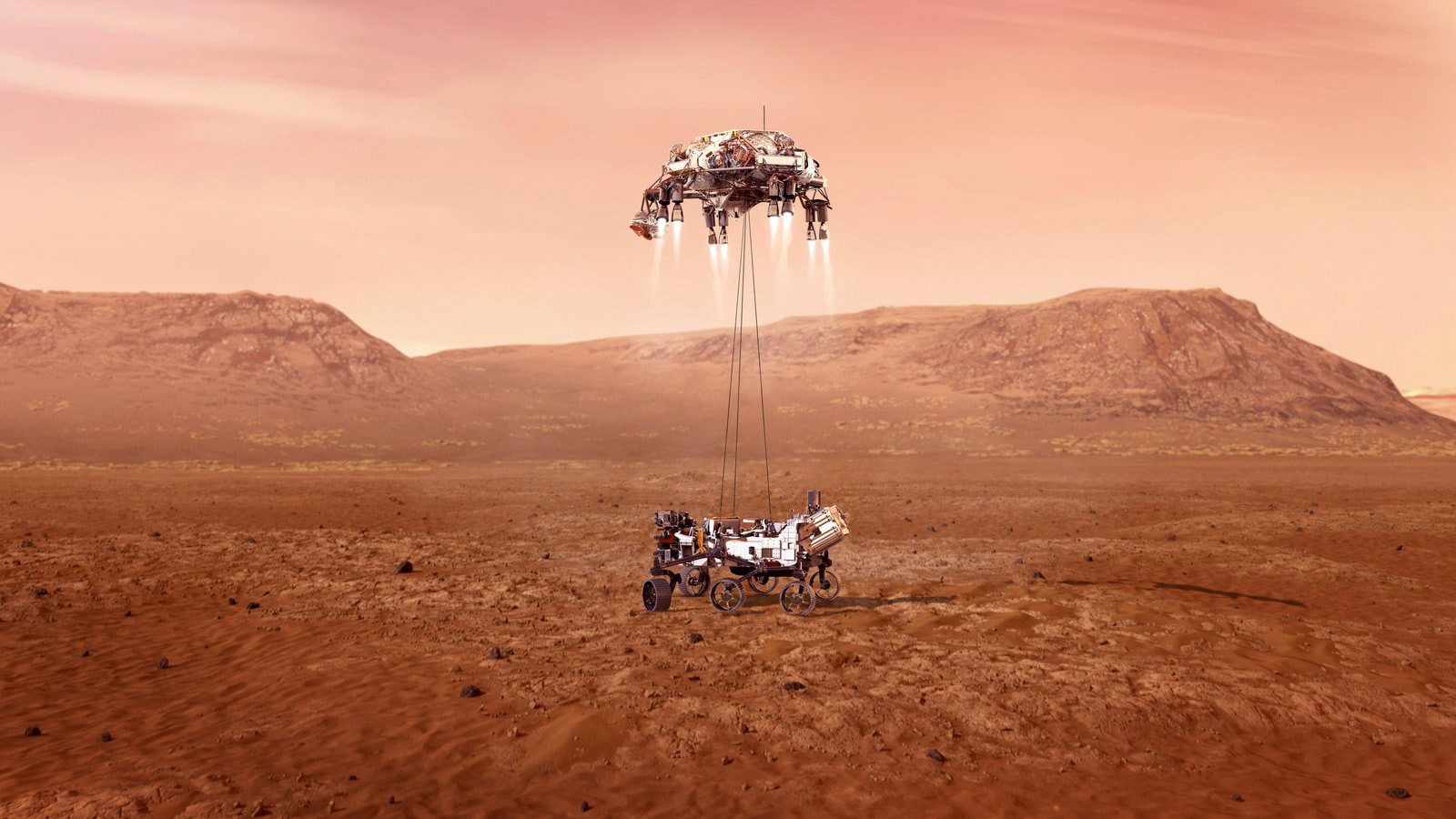 Perseverance rover is shown to be lowered to Martian surface by jet-powered sky crane descent vehicle in this undated illustration handout. (via REUTERS)

After a seven months' journey from Earth, the NASA Perseverance is in its final stretch towards destination Mars. Expected to land on the surface some time this week, Perseverance has a seven-minute descend from the top of the planet's atmosphere to its eventual touchdown. This is less than the time it would take to relay back radio transmissions to Earth which would take 11 minutes.

Much of what Perseverance can do depends on its safe landing on the Mars surface. And there is much that this state-of-the-art machine can do indeed.

The primary task of Perseverance is to seek signs of ancient life and collect samples of rock and reglolith to possibly return these to Earth, as per NASA. Launched on July of 2020, it is expected to touch down on Mars on Thursday at the Jezero Crater.

The Empire State Building is illuminated in red to celebrate this Thursday's scheduled landing on Mars of @NASAPersevere rover! More 📷 https://t.co/1C6QkuRetg pic.twitter.com/oA2O8jBzR5

To help it carry out its missions on the surface of the planet, Perseverance is equipped with Mastcam-Z, an advanced camera system with panoramic and stereoscopic imaging capability. This can zoom and can determine mineralogy of the Martian surface. There is also something called a SuperCam which is described by NASA as an instrument to provide imaging, chemical composition analysis and mineralogy at a distance. In all, there are around 25 cameras on the rover.

There are also several other devices and instrumentation on board and attached to the Perseverance which measures at about 10 feet in length, is nine -feet wide and around seven-feet tall. It weighs approximately 126 kilos and comes with drills and lasers to help it with its objectives.

The wheels of NASA Perseverance is reportedly made of shape memory alloys which would allow it to remain steady and stable on Mars' surface and it carries a radioisotope power system which would provide electrical power by using heat of plutonium's radioactive decay as fuel for movement. In case of an emergency, there also are two lithium-ion rechargeable batteries.

NASA is betting big on Perseverance which does have similarities to the Curiosity rover which had landed on Mars back in 2012. And yet, Perseverance also has its own unique abilities that would possibly help it carry out its own specific mission objectives.