Ford India announced that production at its two facilities in the country will come to a close and that sales of its existing lineup of mass-market vehicles will end once dealer stock finishes.
By : HT Auto Desk
| Written By : Shubhodeep Chakravarty
| Updated on: 09 Sep 2021, 06:17 PM 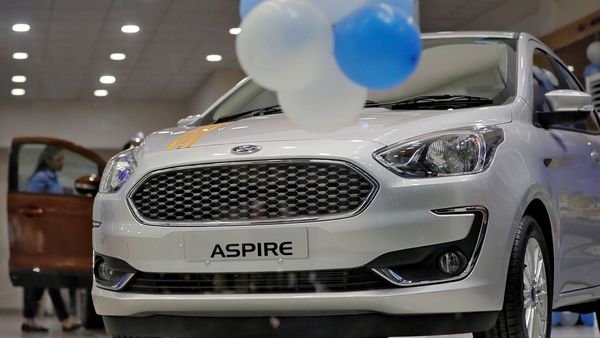 File photo of a Ford Aspire car on display at a showroom.

The Federation of Automobile Dealers Associations (FADA) on Thursday urged Ford India to come good on apparent assurances that the US auto major will look after the dealers' fraternity in the country. Noting how Ford India dealers currently have more than 1,000 vehicles and hundreds of demo units, FADA noted that dealers who joined the OEM network recently ‘will be at the biggest financial loss in their entire life.’

Ford India announced that production at its two facilities in the country will come to a close and that sales of its existing lineup of mass-market vehicles will end once dealer stock finishes.

FADA President Vinkesh Gulati revealed he had received a call from Anurag Mehrotra, Ford India President and MD, and that he had assured him of dealer concerns being addressed. “The Auto Retail fraternity is really shocked to hear another US auto major, Ford India's announcement where it has said that it will shut down production with immediate effect," said Gulati in a press statement issued by FADA. “While trying to handle dealer anxiety, Ford India President and MD, Mr Anurag Mehrotra called me personally and assured that they will adequately compensate Dealers who continue to offer vehicle service to customers."

Ford is now the second major car brand to end local production after General Motor packed up and shipped out completely in 2017. Late last year, Harley-Davidson too had ended India operations, a development that came as a blow to its dealer network.

Ford highlights that it will now focus on bringing hybrid and electric vehicles to India via the CBU route. The company further claimed that existing customers and their service requirements will be taken care of.