India's largest carmaker Maruti Suzuki is seeing better demand in rural areas due to less number of Covid-19 cases as compared with urban regions.
By : PTI
| Updated on: 05 Jul 2020, 07:15 PM 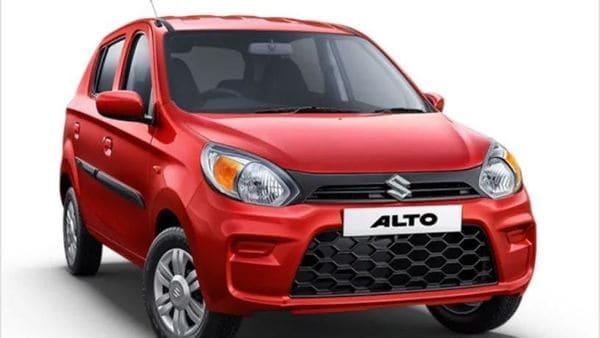 The country's largest carmaker Maruti Suzuki India (MSI) is seeing better demand in rural areas due to less number of COVID-19 cases as compared with urban regions which continue to reel under the high number of cases of the infectious disease, as per a senior company official.

Buying sentiment in rural areas is also better due to good initial spell of rains in June which has led to a better sowing of the kharif crop.

"Rural demand is little better than urban right now. In Maruti, the rural share has gone up to 40 per cent in June which is 1 per cent increase over the last fiscal," MSI Executive Director Marketing and Sales Shashank Srivastava told PTI.

He listed three main reasons for the phenomenon which is based on the recent data.

"One is that COVID-19 has impacted the sentiment little less in rural areas. In fact cluster of Covid and containment zones are largely in urban areas. Secondly, rabi crop has been good, and initial monsoon in June has been good so the sowing for kharif crop is much better, so rural sentiment as compared to urban sentiment is little better," Srivastava noted.

Both rural and urban sales were down as compared to last year, but rural sales were relatively better than urban areas, he added.

The company's sales were, however, better than May, when it had posted domestic sales of 13,888 units.

When asked if the company would be able to sustain sales momentum going ahead, Srivastava said, "It is difficult to predict. A lot will depend (on) how the Covid situation pans out so it is difficult to make prediction about the future."

Replying to a question on if the company would be able to cover the loss in sales in first quarter over the remaining part of the current fiscal, he said, "Really don't know how the Covid thing will pan out."

"Lot of this long term demand will depend (on) how the Covid thing unravels, how the fundamentals of economy are, and how is the financing available, so these things will decide. There are so many uncertainties involved that it is difficult to predict," Srivastava added.

However, he said, with demand picking up, the industry has started to ramp up production.

Srivastava said retail sales were far better than wholesales across the industry.

Ramping up of production is happening in phases and retail sales are a reflection of production. Retail figures are much better, he noted.

"If you see wholesales for the entire industry, it would be roughly less than 50 per cent than last year. Retail sales on the other hand is around 80-85 per cent. Of course both are less as compared to last year," he added.