Alloy wheels will be part of the accessory kit and enhance the overall appeal of the Royal Enfield's 650 Twins which already look stunning in the current form.
By : HT Auto Desk
| Updated on: 12 Dec 2020, 01:36 PM 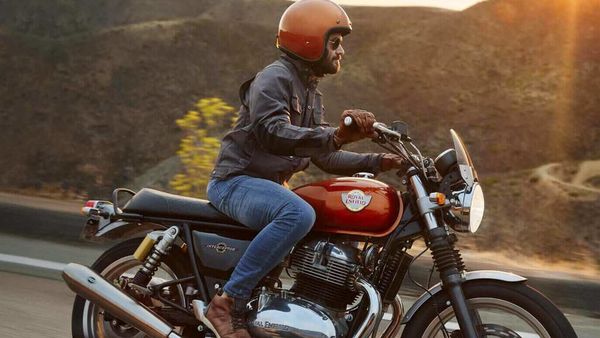 Royal Enfield introduced the Interceptor 650 and the Continental GT 650 in the Indian market almost two years back. The 650 duo became a thrilling success for the brand not only in India but globally. Currently, the bikes are offered with spoke wheels which complement the retro appeal of the motorcycles but soon the company will also introduce optional alloy wheels, dealer sources tell HT Auto.

Alloy wheels will be part of the accessory kit and enhance the overall appeal of the 650 Twins which already look stunning. In addition to that, expect the motorcycle to also be updated with 'Tripper Navigation' feature in the months to come, though there has been no confirmation regarding the same. The Tripper Navigation feature was first introduced in the Meteor 350 retro cruiser which was launched in India last month. The company is also planning to launch the new-gen Classic 350 bike which will most likely be the second recipient of Royal Enfield's turn-by-turn navigation feature.

The 650 Twins, along with Himalayan have boosted the company's presence in the markets outside India. Interceptor 650 was also recently crowned the most-selling bike in UK. (Read more here)

The 650 Twins currently have no direct competitors in the Indian market by engine configuration or by price. Both the bikes employ the same 649 cc, parallel-twin engine which delivers 47 PS of maximum power at 7,250 rpm and 52 Nm of peak torque at 5,250 rpm. The powertrain comes hooked to a 6-speed gearbox.

Royal Enfield has announced that it is planning to launch 28 new bikes in the next 7 years. (Read about the full details here)