Resin-based battery for test in robot submarine may revolutionize EVs

The resin-based battery made by ABP Corp may find a way into mass production which could cut costs by nearly 90%.It could become a safer option in EVs and smartphones because these are fire-resistance even when punctured.
By : Bloomberg
| Updated on: 20 Jul 2020, 19:51 PM 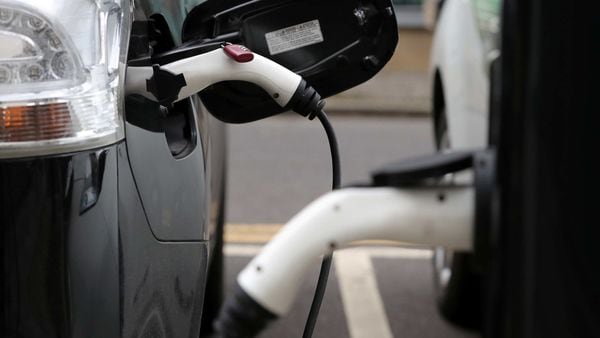 A new kind of resin-based battery developed in Japan moved a step closer to a real-world debut -- in a robot submarine.

Kawasaki Heavy Industries Ltd. is testing an autonomous underwater vehicle powered by an all-polymer battery made by APB Corp., the battery maker said in a statement on Monday. The Japanese industrial giant plans to commercialize the sub, which measures about 3 meters (10 feet) in length and weighs 7 tons, for use in subsea pipeline inspection by March 2022.

Tokyo-based APB aims to dramatically reduce manufacturing costs and improve safety by replacing the battery’s basic components -- metal-lined electrodes and liquid electrolytes -- with a resin construction. The design also reduces the use of cumbersome enclosures, which lets batteries stack atop each other to increase capacity.

(Also read - An EV battery that will last a million miles: GM says it is 'almost there')

For Kawasaki Heavy’s AUV that means doubling its operating range to 16 hours as compared to a traditional battery, while minimizing use of space. The resin construction is also more seamless, which helps it better withstand pressures as the sub dives to a depth of up to 3,000 meters (about 9,800 feet).

“The AUV is a perfect showcase for our battery’s ability to deliver volume and reliability," Hideaki Horie, a former Nissan Motor Co. researcher who founded APB in 2018, said in an interview ahead of the announcement.

Lithium-ion batteries have emerged as a preferred power source for applications ranging from electric cars to smartphones thanks to improvements in longevity, capacity and cost. But they are still difficult to make and safety remains an issue. APB’s approach promises to cut mass production costs by 90% and create a battery that is resistant to catching fire when punctured.

APB in March raised 8 billion yen ($75 million) from a group of Japanese firms to equip a plant in central Japan for mass production starting next year. Horie estimates the funds will get his plant to 1 gigawatt-hour capacity by 2023. While the work with Kawasaki is a proof-of-concept, the company is ultimately targeting the market for stationary batteries used in buildings, offices and power plants.