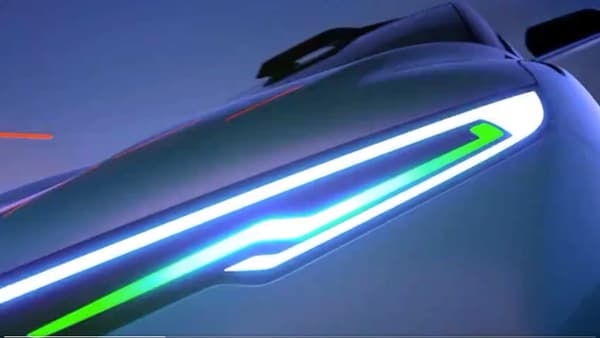 After dropping a teaser of its upcoming sub-compact SUV for the Indian market a day before, Renault has once again teased its new show car on social media today. The car maker has confirmed that the SUV's name will officially be revealed tomorrow (November 18).

Codenamed HBC, the B-SUV is likely to be called Kiger. The reveal of the car will be marking a major milestone for Renault in India. Renault says its new and sporty offering will be another breakthrough product, proving its capabilities across city or the outdoors.

The teaser videos hint that the new SUV will get futuristic LED headlights with turn indicators, roof spoiler at the rear, body-coloured door handles and LED tail lights. The front face of the Renault show car also seems quite bold with slightly different in design than existing Renault vehicles available in India.

Want to find out where your instinct can lead you? Stay tuned as we unveil our new #Renault Showcar tomorrow. pic.twitter.com/GIL8HDEDIG

The Kiger will likely to be based on the same CMF-A modular platform used by its global partner Nissan to build the Magnite SUV. Both carmakers share the platform, engines and other technical details for their cars. In fact, the engines available on Nissan Magnite SUV are also likely to make way into the new Renault SUV.

The sub-compact SUV is likely to get a 1.0-litre, 3-cylinder petrol manual and a turbocharged engine. The turbo variant of the car is expected to have a maximum power of 99bhp and 160Nm of maximum torque. Its cabin is likely to get a large touchscreen infotainment screen with smartphone connectivity and connected car technologies.

Renault is also bolstering its product strategy and dealer network in the country. The company now has more than 415 sales and 475+ service touchpoints here, which include 200+ Workshop On Wheels locations. Over the last two months, the carmaker has added 34 new sales and service touchpoints.