Renault acknowledged in May that its global ambitions had been unrealistic and announced plans to cut about 15,000 jobs in a bid to slash 2 billion euros from its costs.
By : Reuters
| Updated on: 09 Sep 2020, 10:15 PM 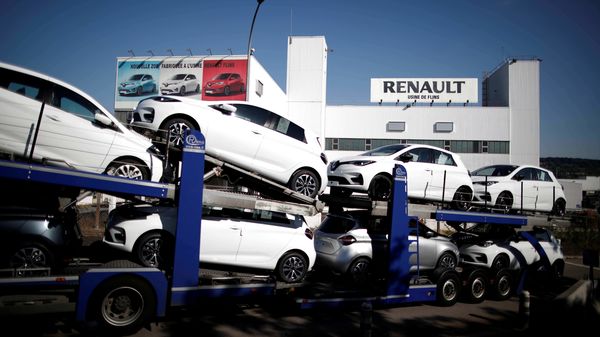 Renault might have to cut more costs than the 2 billion euros ($2.4 billion) in savings already planned to get back on its feet, the French carmaker's new Chief Executive Luca de Meo said in an internal memo seen by Reuters.

"The aim is to get back on the right track and to resolve our most pressing problems as quickly as possible: treasury and costs. This means we will perhaps need to go further than planned with our cost-cutting efforts," he said in the memo.

De Meo, a former Volkswagen executive who took over as CEO in July, did not give a figure for how much more money the company needed to save.

Asked to comment on the memo, a Renault spokesman said De Meo was working on a plan to transform the company by focusing more on profitability than sales volumes.

Renault acknowledged in May that its global ambitions had been unrealistic and announced plans to cut about 15,000 jobs, shrink production and restructure French plants in a bid to slash 2 billion euros from its costs.

De Meo said in the memo that Renault should model itself on the turnaround path followed by rival PSA, the maker of Peugeot cars, which has focused on trimming costs and producing more profitable vehicle ranges in recent years.

"We will need to take decisions that are sometimes difficult, but are necessary and positive for the company. I would describe it as a revolution," he wrote in the memo.

"This revolution, which must be pushed forward by all the men and women of the company, I'm calling it a 'Renaulution'."