Renault is eliminating about 14,600 jobs worldwide and lowering production capacity by almost a fifth in a bid to cut costs by more than 2 billion euros.
By : Bloomberg
| Updated on: 05 Sep 2020, 10:55 AM 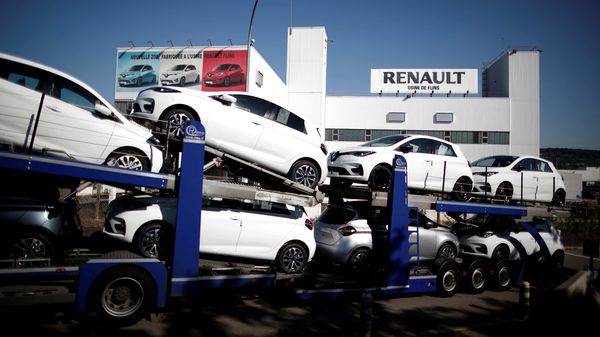 Alongside Renault, Dacia and Alpine, a fourth business unit will be formed for new mobility, according to a statement Thursday. Top executives will run each operation, with de Meo heading up the flagship Renault marque.

The CEO officially took the reins in July just before Renault reported a record 7.3 billion-euro ($8.6 billion) first-half loss due to the pandemic and mounting difficulties at its partner, Nissan Motor Co. The carmakers are regrouping from a two-decade era of aggressive expansion under their former leader Carlos Ghosn. His downfall and their subsequent downward spiral have put pressure on their global alliance, which also includes Mitsubishi Motors Corp.

The Renault revamp reflects a switch from “a search for volume to a search for value and profitability," de Meo said. The changes will “make it possible to work in a simpler way, more oriented to the markets and customers."

Clotilde Delbos, deputy CEO and CFO, will oversee the new mobility unit. The company is pushing into car-sharing through its Zity network and is enjoying success in Europe with its all-electric Zoe car, which has become a best-seller in that segment in some countries.

De Meo is “seemingly attempting to attract improved valuation multiples for the automaker’s more profitable activities," Bloomberg Intelligence analyst Michael Dean said in a note. “Renault intends to step up collaborations with its alliance partners, though its joint shareholdings with Nissan must still be addressed to unlock their value."

The three alliance members unveiled steps in May aimed at fostering deeper cooperation. Nissan will take the lead on autonomous driving, Renault on the body of electric cars and some electric powertrains, while Mitsubishi Motors will work on plug-in hybrids.

While Renault already forged a plan to cut jobs and capacity, de Meo has also said he intends to set out his own recovery plan in January.

The company is eliminating about 14,600 jobs worldwide and lowering production capacity by almost a fifth in a bid to cut costs by more than 2 billion euros. About 600 million euros of that is forecast for this year.