Renault Kwid and Triber have taken on the responsibility of powering sales from Duster mid-size SUV.
By : HT Auto Desk
| Updated on: 08 Feb 2022, 12:27 PM 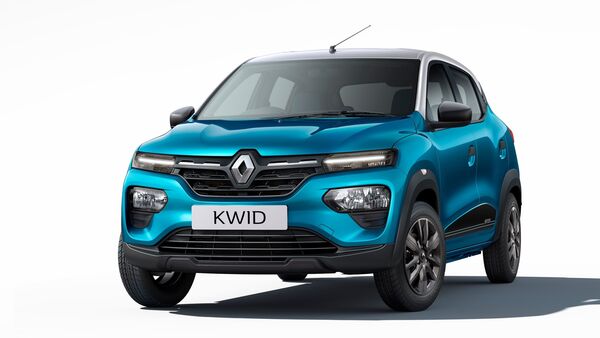 Renault Kwid is one of its best-selling car models.

Renault India on Tuesday announced it has crossed eight lakh sales milestone in the country in around a decade of its presence here. A bulk of the credit goes to the strong performance of Duster in years gone by and the continuing popularity of models like Kwid and the Triber.

While the Duster was a popular model in the country when it was first launched in India in 2012, it has lost a lot of ground to rivals in its mid-size SUV segment. But what has helped Renault in the country is the solid performance of Kwid and the positive response to the Triber. Kwid was first launched here in 2015 and surpassed four lakh sales milestone in November of last year. Triber, a three-row MPV was launched in August of 2019 and is closing in on the one lakh sales mark. Both these models hold Renault in good stead. “We are extremely delighted to have crossed the 8 Lakh sales milestone in India. This has been a phenomenal journey and I would like to thank all our customers, dealers, suppliers, employees, manufacturing & engineering teams for their immense support and belief in the brand," said Venkatram Mamillapalle, Country CEO and Managing Director, Renault India Operations.

The latest from Renault here is the Kiger sub-compact SUV which was launched last year. Combined with its strong product offensive, Renault is substantially increasing its sales network in the country. The company has increased its network by adding more than 150 facilities in the last two years.

Currently, the company has a presence of 530 sales and more than 530 service touchpoints including 250+ Workshop On Wheels (WOW) and WOWLite locations across the country.

Further, with an aim to amplify its presence in rural markets, the carmaker launched a special campaign called VISTAAR where the dealership teams recruited and trained more than 650 specialised sales consultants to reach out to the customers in the rural markets. It also partnered with CSC Grameen eStore - a subsidiary of CSC eGovernance Services India Limited (CSC-SPV).