The Flins factory, which makes the best-selling Zoe electric vehicle and the Nissan Micra, will transform by 2024 into a site to recycle and retrofit cars and batteries.
By :
| Updated on: 26 Nov 2020, 08:14 AM 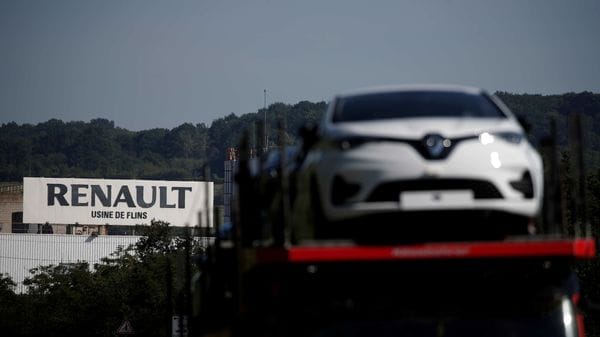 Renault SA is pushing ahead with plans to cease vehicle production at a plant outside Paris despite union opposition and government pressure to keep manufacturing in France.

“We’re facing up to reality," Chairman Jean-Dominique Senard said Wednesday after meeting with labor representatives at the Flins plant that’s made 20 different models over almost 70 years. “We all know that the status quo is no longer possible. We need to reinvent Flins."

The Flins factory, which makes the best-selling Zoe electric vehicle and the Nissan Micra, will transform by 2024 into a site to recycle and retrofit cars and batteries, Renault said in a statement. While production of the Zoe will continue until then, Renault will then consolidate EV output in France at its plant in Douai, where the electric Megane will be made.

Renault executives are treading carefully in the company’s home country due to pressure from President Emmanuel Macron to keep production and research in France in exchange for financial backing from the state to get through the pandemic. Macron delayed a 5 billion-euro loan guarantee to the carmaker earlier this year until it had agreed with unions about two northern factories.

The CFDT union is urging Renault to reconsider cutting jobs at the site and shifting production to Douai. As many as three quarters of the EVs the carmaker sells in its home country will be built elsewhere five years from now, according to the union.

"Renault can’t destroy production capacity in France while at the same time benefit from state support," it said in a statement. “We won’t accept it."

The conversion of Flins is a key part of a broader overhaul Renault has said will lead to roughly 4,600 staff departures in France, including at its engineering division. The loss-making carmaker is aiming to eliminate a total of about 14,600 jobs worldwide and lower production capacity by almost a fifth to cut costs by more than 2 billion euros.

Maintaining EV production in France "is a bet that isn’t won yet," Senard said. Renault will make its no-frills Dacia Spring model in China.

"We want to remain at the cutting edge of this technology," CEO Luca de Meo said. "We’ve already shown we can be successful."