Renault had previously said that it will transform the Flins factory that makes the battery-powered Zoe into a site for vehicle recycling and repair.A workers' union says Renault cannot destroy production capacity and still benefit from state support.
By :
| Updated on: 25 Nov 2020, 08:26 AM 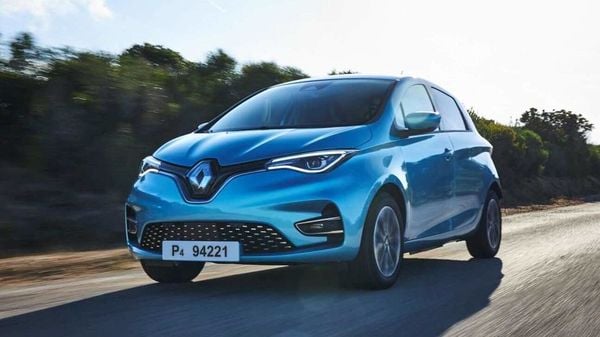 Renault SA’s chairman and chief executive officer are poised to visit a French car plant where unions are ratcheting up their opposition against a plan to phase out assembly of a best-selling electric model.

The manufacturer said earlier this year it will transform the Flins factory that makes the battery-powered Zoe into a site for vehicle recycling and repair. France’s CFDT union is urging Renault to reconsider cutting jobs at the site and shifting production to Douai, where the company also plans to make an electric version of the Megane.

“Renault can’t destroy production capacity in France while at the same time benefit from state support," the CFDT union said in a statement ahead of a visit to the plant Wednesday by Chairman Jean-Dominique Senard and CEO Luca de Meo. The two will provide details of the plan to employees for the first time.

The conversion of Flins is a key part of a broader overhaul Renault has said will lead to roughly 4,600 staff departures in France. As many as three quarters of the EVs the carmaker sells in its home country about five years from now will be built elsewhere, according to the CFDT.

“We won’t accept it," the union said. A spokeswoman for Renault declined to comment on its plan until after it is presented to employees.

The pandemic has heaped pressure on Renault, which already was suffering from overcapacity and problems at alliance partner Nissan Motor Co. The company has drawn down at least three-fifths of a 5 billion-euro loan the French state backed earlier this year.

Renault is aiming to eliminate a total of about 14,600 jobs worldwide and lower production capacity by almost a fifth to cut costs by more than 2 billion euros. De Meo has said he’ll unveil a strategic plan in January and overhaul the company’s model portfolio, which he’s said is too broad.