Porsche will auction the Sally Special for charity.

Porsche has brought Sally from Pixar movie Cars to life. They have built a 911 that they are calling Sally Special. It will be a one-off model that will debut at Monterey Car Week. To create the Sally Special, the manufacturer took help from the original creative team of the Cars movie. The aim was to create Sally but in the modern world. In the movie, Sally's character was based on a 911 that was from 2002.

The 911 Carrera from 2002 came with a 3.6-litre, six-cylinder boxer engine that produced 320 hp of max power and 370 Nm of peak torque. It was offered with a six-speed manual gearbox or a five-speed Tiptronic automatic transmission.

On the other hand, the Sally Special is based on the 911 Carrera GTS. It uses a 3.0-litre flat-six engine that is twin-turbocharged. It produces 473 hp of max power and 569 Nm of peak torque. The Sally Special comes mated to a seven-speed manual gearbox. 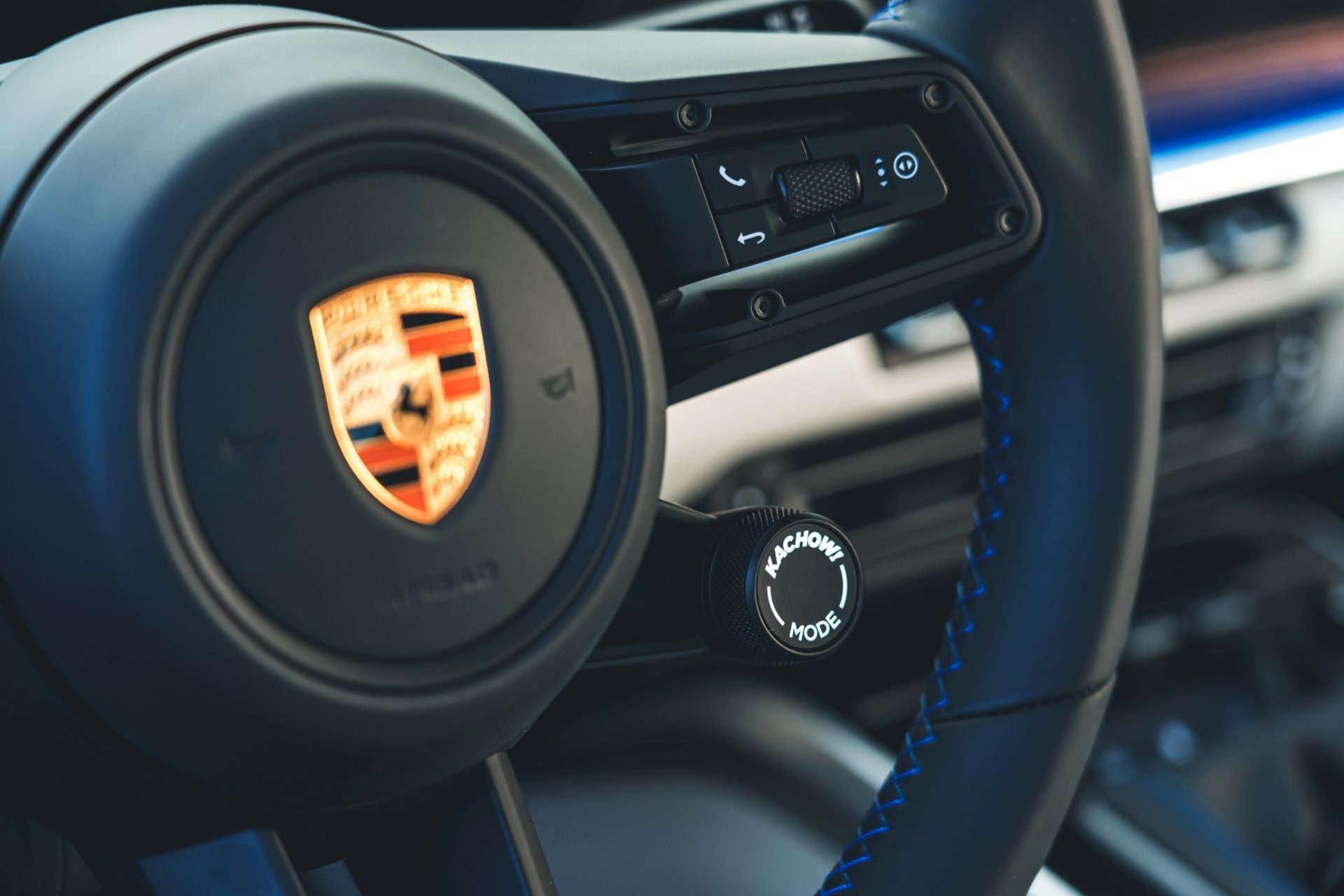 Ka-chow! is the catchphrase of Lightning McQueen

The Sally Special is finished in a unique paint colour called Sally Blue Metallic. It is quite close to what was there in the movie. Porsche has given special attention to detail. In the movie, Sally had a tattoo, and Porsche has done a pinstripe tattoo but it is only visible when the spoiler is deployed. Then there are a new set of wheels. They measure 20-inch in the front and 21-inches at the rear.

In the interior, the cabin is finished in Sally Blue colour and there are quite a few easter eggs from the movie. There is a badge on the B-pillar that shows Sally's signature. The driving mode knob on the steering wheel says “Kachow! Mode". The Cars logo is there on the tire valve stem and a small drawing of Sally is on the passenger side of the dashboard.