The one-off Porsche 911 Turbo S will be auctioned later this year and the proceeds will be used for charitable causes.Late Mexican race driver Pedro Rodríguez's signature has been placed on the centre armrest and on the carbon fibre dashboard trim of the vehicle.
By : HT Auto Desk
| Updated on: 29 Jul 2021, 08:53 AM 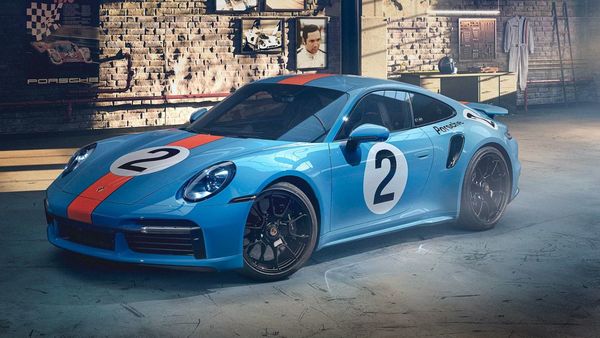 The doors and hood of the one-off Porsche 911 Turbo S feature the numeric two painted in black inside a white circle.

Porsche has designed a one-off 911 Turbo S sports car to honour late Mexican race driver Pedro Rodríguez who died at the Norisring street circuit in Nuremberg, Germany 50 years ago. Called the Porsche 911 Turbo S 'One of a Kind' Pedro Rodríguez, the vehicle was recently unveiled in Toluca, Mexico.

The 911 Turbo S has been finished in iconic Gulf blue exterior paint with an orange stripe running across it. The specially designed wheels are painted in high-gloss black and they feature an aluminium centre lock. The vehicle's doors feature the numeric two painted in black inside a white circle.

The plaque located on the B-pillar bears a silhouette akin to the Porsche 917 KH in the colours of the Mexican flag as well as the name and signature of Rodríguez. The 917 KH sports car is the vehicle in which the famous race driver won eight of his eleven race titles at the World Endurance Championship.

This same details as the B-Pillar are reflected in the carbon moldings on the lower door frames, which light up when opened. The names of the eight races he won with the 917 KH are engraved under the rear spoiler. 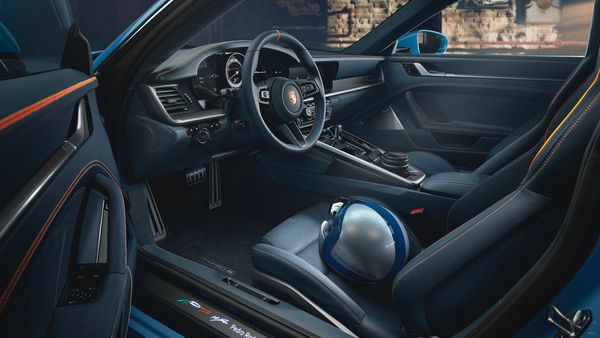 The accompanying key of the vehicle also features the racer's signature and is painted in Gulf blue.

On the inside, the 911 features graphite blue leather seats with orange stitching with the 917 silhouette featuring on the front seat headrests. Rodríguez's signature has been placed on the centre armrest and on the carbon fibre dashboard trim. The accompanying key of the vehicle also features the racer's signature and is painted in Gulf blue.

By creating a car dedicated to Rodríguez's memory, Porsche says it has designed the car such that no other car in the world will have the design elements used on it. In fact, the specific configuration of this model including all its details and equipment, has been locked in the Porsche configurator and in the production system of the car maker. All this has been done "so that this car is literally unrepeatable," said Camilo San Martin, Director of Porsche Mexico.

Porsche Latin America and Porsche Mexico worked alongside Rodríguez's family and the Porsche Museum to create the car. The Porsche 911 Turbo S 'One of a Kind' Pedro Rodríguez will be auctioned later this year and the proceeds from the sale will be used for charitable causes.