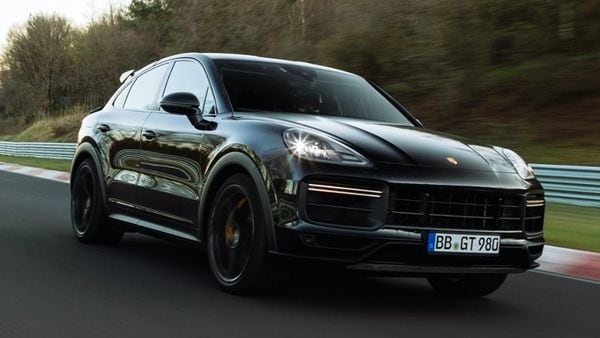 The new performance version of the Porsche Cayenne has set a new SUV lap time record in the Nurburgring Nordschleife track ahead of its launch. The SUV completed a lap around the 12.94-mile configuration of the Nurburgring in seven minutes 38.925 seconds, beating the previous record of seven minutes 42. 253 seconds set by Audi RS Q8.

The series production car, which will make its public debut shortly, completed the distance of 20.832 kilometres in the record time with test driver Lars Kern behind the wheel. To protect the driver, the record-breaking Cayenne was equipped with a racing seat and roll cage. The performance tyres used by the SUV for the record lap were 22-inch Pirelli P Zero Corsas. These tyres have been specially developed for the new Cayenne model and will be fitted as standard.

Despite still having light camouflage, the Porsche Cayenne performance SUV was certified by a notary public as a series production vehicle. The official rankings from Nurburgring GmbH handed over the vehicle the new record in the 'SUV, off-road vehicle, van, pick-up' category. 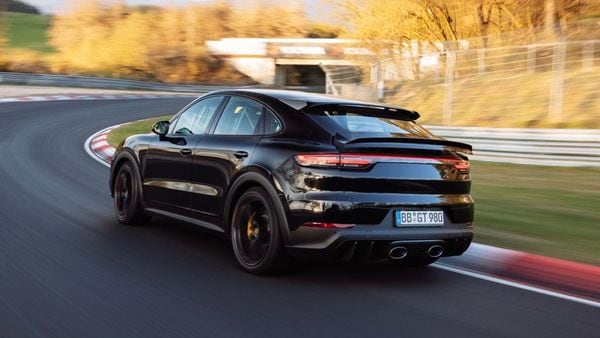 After completing the record lap, Kern said, "(The SUV's) high steering precision and stoically stable rear axle gave me a lot of confidence." He added that the vehicle changed direction at lightning speed even in the fast curves and was easy to control, as well as quite spacious. "There is a lot of wheel travel, and the body stays solid and controlled. The drivetrain delivers power in every situation as well as perfect gear changes."

The performance Porsche Cayenne is based on the Cayenne Turbo Coupé and has been designed for maximum longitudinal and lateral dynamics. The SUV is rumoured to have a twin-turbo 4.0-liter V8 that churns out 631 horsepower. However, the specifications will only be officially known when the vehicle is fully unveiled.