Porsche budgets $1.1 billion on digitization for its cars 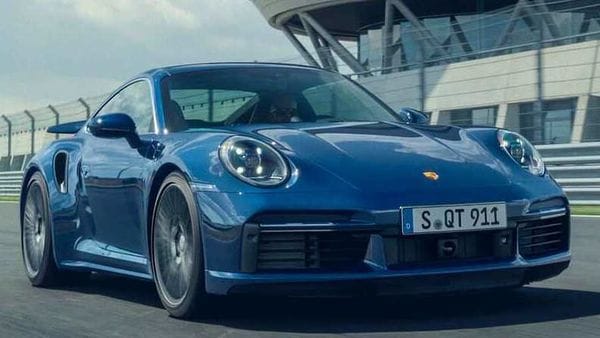 Porsche AG is increasing spending to bolster the digital products and services that supplement its luxury sports cars to lure more tech-savvy customers, particularly in China.

“Despite the corona crisis, we haven’t cut a single euro from investments in the future," Meschke said. “On the contrary: we really step on the gas."

Volkswagen AG’s most profitable brand is making progress toward its goal for digital offerings to account for a double-digit percentage share of revenue, Meschke said. Some of the services generating sales now include real-time traffic information and a charging planner for the electric Taycan.

“We’re convinced that we only reach our profitability goals if we implement new technologies to develop additional products and services," Meschke said. Porsche has a target of generating an operating return on sales of at least 15%, more than double most other VW group brands.

Porsche rebounded quickly from the biggest disruption to the auto industry since World War II, helped by a swift market recovery in China and strong demand for the Taycan. Total global deliveries slipped 3.1% to about 272,200 vehicles last year, compared with a 15% drop for the parent company.

Porsche’s customers in China are much younger than in Europe and expect seamless connectivity of their electronic gadgetry within their car, Meschke said. The company’s vehicles offer integration of Tencent Holdings Ltd.’s WeChat messaging service as well as Apple Inc.’s CarPlay system.

About 82% of customers activated the Porsche Connect app, the brand’s main digital interface, by the end of last year, compared with some 60% in 2018, according to a spokesman. The absolute number of active users exceeded 450,000 last year.

Porsche will flank the Taycan with a more spacious Cross Turismo version this year and plans to launch an all-electric iteration of its best-selling Macan compact SUV in 2022. More than half of Porsche’s global deliveries are forecast to be fully or partly electric in 2025.

“We think Porsche will be the first legacy luxury brand to reach a more than 50% battery-electric vehicle share in the second half of this decade," UBS Group AG analysts said in a report last week. “Porsche is also set to benefit from ‘Project Artemis,’ which is led by Audi with the intent to bring next-gen batteries, electronics and software into the premium and luxury vehicles of VW group by 2024/25."