Xiaomi phones may be a common sight but the Chinese tech giant now wants to make its electric vehicles common too.Xiaomi is one of many tech companies looking at making a debut in the world of electric mobility.
By : Bloomberg
| Updated on: 30 Mar 2021, 06:28 PM 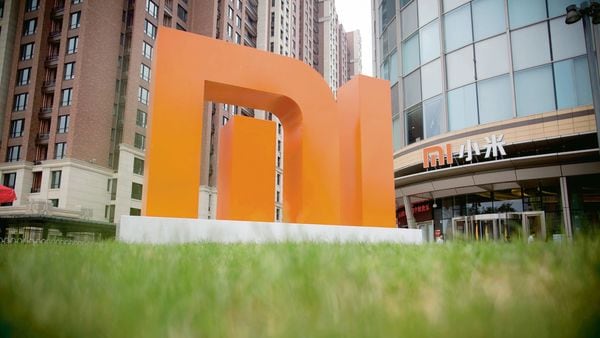 Xiaomi Corp. plans to invest about $10 billion over the next decade to manufacture electric cars, embarking on its biggest-ever overhaul to enter China’s booming EV market. 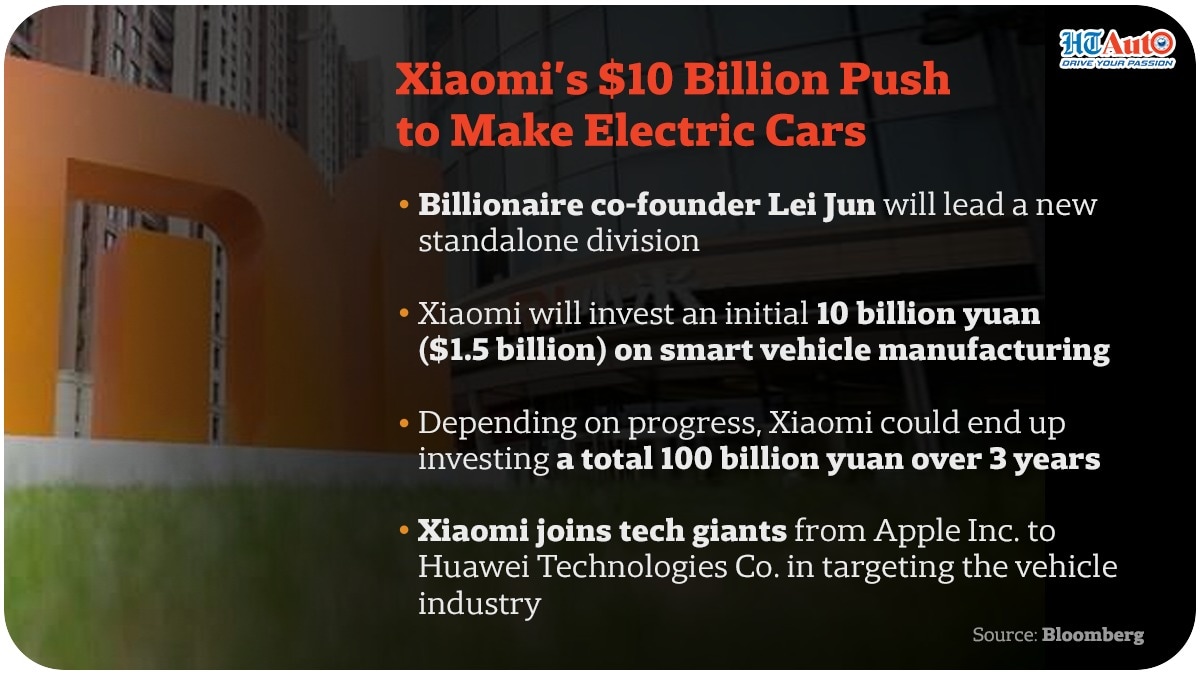 This is how Xiaomi plans to take the EV world by storm.

Billionaire co-founder Lei Jun will lead a new standalone division that will invest an initial 10 billion yuan ($1.5 billion) on smart vehicle manufacturing, the company said in an exchange filing.

The Chinese smartphone maker joins tech giants from Apple Inc. to Huawei Technologies Co. in targeting the vehicle industry, betting future cars will grow increasingly autonomous and connected. Depending on progress, Xiaomi could end up investing a total 100 billion yuan in the project in as little as three years, taking external financing into account, a person familiar with the matter told Bloomberg News before the announcement. The company will contribute about 60% of the envisioned sum and plans to raise the rest of the funds, said the person, who asked not be identified because the plans are private.

Xiaomi’s entry into the China electric vehicle market, as reported by Bloomberg News, opens a big new growth area beyond smartphones and other consumer electronics, which may revert to lower growth rates from 2023. Still, the reported outlay of 100 billion yuan to enter the market over the next three years, about double consensus R&D and capex, suggests a large uptick in costs to enter a market worth $12.6 trillion by 2030, according to BNEF.

Xiaomi becomes the latest to pile into an already crowded arena, where an array of automakers from Tesla Inc. to local upstarts Nio Inc. and Xpeng Inc. are battling for a slice of the world’s biggest EV market. Search giant Baidu Inc. and Geely Automobile Holdings Ltd. are also said to be teaming up to build electric cars. EV sales in China may climb more than 50% this year alone as consumers embrace cleaner automobiles and costs tumble, research firm Canalys estimates.

However, the company has no plans to choose “established" automakers for its manufacturing partners, the person said. Great Wall Motor Co. last week rejected a Reuters report it will help Xiaomi make EVs.

Lei led a review of the EV industry’s potential several months ago and a final decision to enter the arena was made in recent weeks, said another person familiar with the matter. Xiaomi has already hired engineers to work on software to be embedded in its cars, the person added.

It’s venturing into unfamiliar territory. The smartphone maker also had just under 100 billion yuan of cash and equivalents at the end of 2020.

Founded by Lei more than a decade ago, Xiaomi became the fastest-growing smartphone maker in China in the fourth quarter of last year after Huawei found it difficult to source key chips because of U.S. sanctions. The company is expected to unveil several new models in its flagship MIX smartphone lineup on Tuesday.

Beyond mobile devices, it’s best known for running internet services and making a range of cut-price home gadgets from rice cookers to robo-vacuums.