After a gap of two days, oil companies have increased the rates of petrol and diesel for the third consecutive day this week.
By : HT Auto Desk
| Updated on: 22 Oct 2021, 08:10 AM 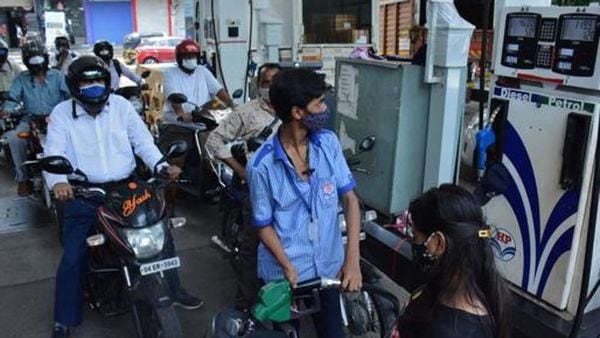 In Maharashtra’s Parbhani, a litre of petrol was priced at ₹114.64 on Wednesday while diesel was available at ₹104.43 in Amravati.

After petrol prices hit the three figure mark in every state since oil companies began revising prices from May this year, diesel price too has hit the ₹100 mark or more in most parts of the country. At this rate diesel is likely to soon follow petrol and breach the three figure price across the country.

Sri Ganganagar in Rajasthan still remains the costliest place to buy a litre of either fuel. Petrol price in Sri Ganganagar today is at ₹119.05 a litre, while diesel is selling for ₹109.88 per litre.

Since September this year, when oil companies resumed price revision after gap of about a month, the rate of petrol has gone up at least 18 times while diesel price has been hiked 21 times. The key reason behind the rise in fuel prices has been the fluctuation in global crude oil price. It has reached $85 per barrel from a little more than $70 per barrel ahead of the festive season.

According to sources, the Centre is trying to reach an understanding with the oil exporting countries to bring down the rate of crude oil. If there is an agreement, it could help to keep the prices down back home. India imports about 80 per cent of its oil needs from abroad which also makes it difficult to control price of petrol and diesel in case of a surge in global pricing.