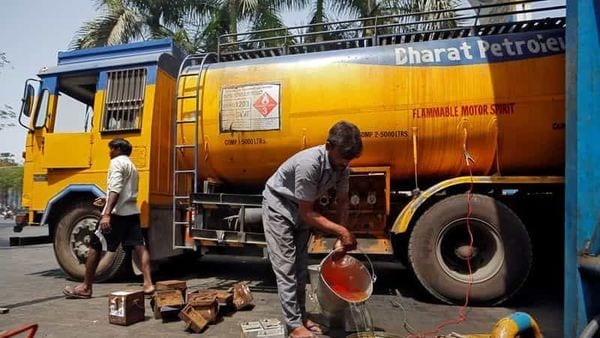 As the state elections across several states are nearing, the petrol and diesel prices remain unchanged for the ninth consecutive day after a record-breaking upward rally in February. Petrol price in Mumbai on Tuesday was ₹97.57 per litre, while diesel was priced at ₹88.60 per litre. The last hike was announced on 27th February, when petrol price was increased by 24 paise per litre, while diesel price has surged 15 paise per litre.

As it seems, right ahead of the state polls, the oil marketing companies are holding the price of the auto fuels on a ‘gentle nudge’ from the government, even when the crude oil price in the international market on Monday has topped $70 per barrel. With the nine-day hiatus in a retail price hike for petrol and diesel, this is the longest gap between two revisions since January 2021, even though India’s crude oil expense has increased by around 5% from $64 per barrel to $67 per barrel.

As the OPEC+, the largest block of countries producing oil has extended the production cut till the end of April 2021, the oil price in the international market is rallying upward. However, with the latest pause in the price hike journey of petrol and diesel in India, the burden on motorists and common people have not increased further, at least for the last nine days.

Meanwhile, the price hike of auto fuels is taking a toll on vehicle sales. In Mumbai, petrol vehicle sales have declined by 29% in the last three months, while sales of CNG and electric vehicles have grown by 375% and 30% respectively.