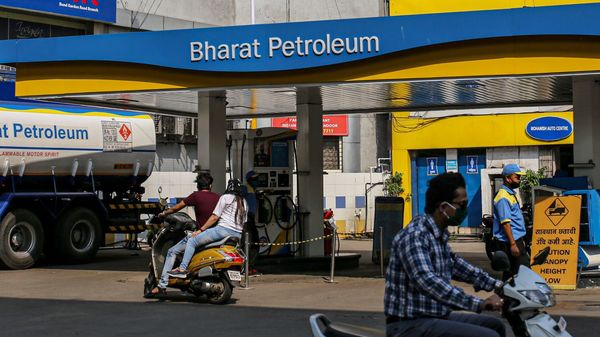 Petrol and diesel prices have been hiked by 26 paise and 33 paise per litre respectively on May 10.

After the weekend respite, price of petrol and diesel have been hiked once again on Monday. This is the fifth hike in the last seven days.

The petrol price hike will mean consumers in the national capital will have to dish out ₹91.53 for a litre from today. To buy diesel, Delhiites will have to pay ₹82.06 per litre.

In Mumbai, the price of petrol is inching closer to the Rs-100-per-litre mark. Monday's hike has taken the price to ₹97.86 per litre in the city. The diesel price hike will mean Mumbai will have to pay ₹89.17 for a litre from today.

Among other metro cities, Chennai has seen the petrol price reach ₹93.38 per litre and diesel price at ₹86.96 per litre after today's hike. In Kolkata, a litre of petrol will cost ₹91.66 while diesel wil cost ₹84.90 per litre from today.

In some places, the price of petrol has breached the Rs-100-per-litre mark. Sri Ganganagar district in Rajasthan will now shell out ₹102.42 for a litre and Anuppur in Madhya Pradesh will have to pay ₹102.12 for petrol. This is the second time this year that petrol price have crossed the three-figure mark in some places.

The fuel prices remained unchanged for 18 days till May 3, till the day after the state assembly poll results came out. The last time India saw hike in fuel prices was before March 24, days before five states went into polls. There were a couple of price reductions between March 24 and April 15.