Home Auto News Passenger Vehicle Sales Continues To Struggle Due To Chip Crisis, Down By 8%

Passenger vehicle sales continues to struggle due to chip crisis, down by 8%

In January this year, passenger vehicle sales in India failed to improve from the lows of 2021. The ongoing chip shortage crisis continues to hamper sales.
By : HT Auto Desk
| Updated on: 11 Feb 2022, 01:28 PM 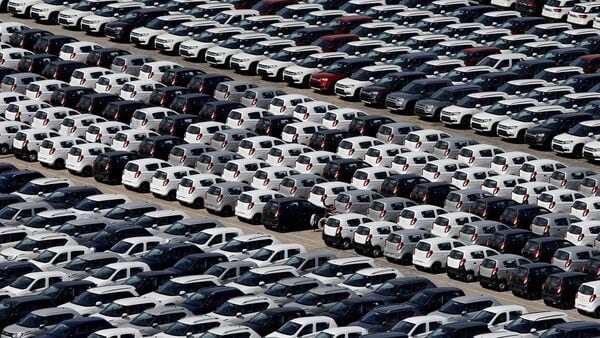 From hatchbacks to two-wheelers, Indian auto industry has witnessed a drop in sales in the passenger vehicle segment in January. The Society of Indian Automobile Manufacturers (SIAM) shared the sales data for the first months of the year, which shows a fall of about 8 percent in sales across segments.

Utility vehicle segment, which includes SUVs and MPVs, is the only category where sales has improved consistently on a year-on-year basis compared to the previous two years. It has increased to 1,16,962 units last month as compared to 1,11,494 units in January 2021.

According to the data shared by SIAM, overall sales of passenger vehicles dropped to 2,54,287 units last month compared to 2,76,554 units in January of last year. Last month, passenger car dispatches stood at 1,26,693 units as compared to 1,53,244 units during the same period last year.

The two wheeler segment too is facing the issue of semiconductor crisis. The segment saw dispatches decline by 21 per cent to 11,28,293 units from 14,29,928 units in January last year. The three wheeler segment also witnessed drop in wholesales to 24,091 units last month against 26,794 units in January, 2021. Overall dispatches in the passenger vehicle segment fell to 14,06,672 units last month compared to 17,33,276 units in the same month last year.

Rajesh Menon, Director General at Society of Indian Automobile Manufacturers (SIAM), said, "Sales in January 2022 again declined compared to January 2021, due to both Omicron-related concerns and semiconductor shortage. There is clearly a demand issue for two-wheelers due to lower rural off-take of entry level models."

Menon said that the passenger vehicle segment is unable to meet the market demand due to supply side challenges. "Three wheelers continue to be severely affected due to lower sales," he added.