Opel Elektro GT was a result of modifications to the regular sporty Opel GT.The company added two Bosch DC motors to the car and increased its weight by adding four nickel-cadmium batteries beside and behind the driver.
By : HT Auto Desk
| Updated on: 27 Apr 2021, 11:10 AM 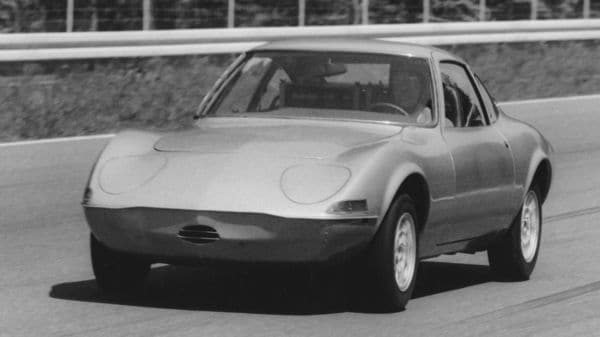 Opel is celebrating 50 years of its record-breaking modified Elektro GT that was way ahead of its time in terms of using battery-electric power. The Elektro GT shattered six world records for battery-electric cars with Georg von Opel, grandson of the company’s founder Adam Opel, behind the wheels.

The records were set by a modified version of sporty Opel GT that was produced from 1968 to 1973. The two-seater was powered by a 1.1 or a 1.8-liter four-cylinder engine that churned out 67 hp and 102 hp respectively.

Opel added two Bosch DC motors to the car that produced 120 HP continuously but could peak the output to 160 hp. Switching to electric propulsion made the GT produce more power.

Modifications to the bodywork included closing all air intakes and outlets at the front, a flat bonnet without the production GT’s characteristic bulge for the carburettor, the removal of bumpers, mirrors and door handles, as well as the complete stripping of the engine and passenger compartments.

Continental especially developed special high-pressure tyres to reduce rolling resistance on the vehicle so that it could move as efficiently as possible. All of this resulted in a quarter-mile time of 16.8 seconds.

Back then, Opel's first battery-electric vehicle 'Elektro GT' demonstrated that an EV could match the speed of a contemporary sports car. Today, 50 years later, the high performance vehicle has morphed into the Opel Corsa-e which is capable of sprinting from zero to 100 km/h in 8.1 seconds as well as covering up to 337 km in the WLTP1 cycle on a single charge.