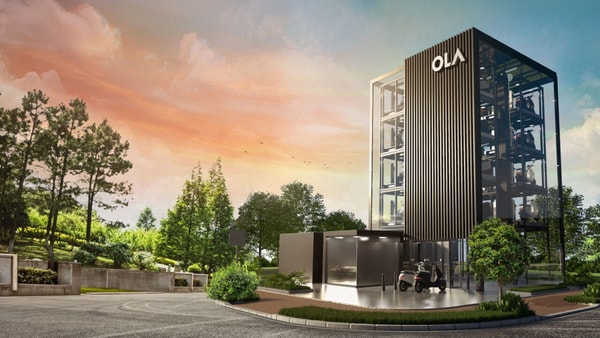 An artistic impression of a Hypercharger Network from Ola Electric.

Ola Electric has announced that Wayne Burgess will lead its design team in coming days. As the Head of Vehicle Design, Burgess will be responsible for Ola's entire product range including scooters, bikes, cars and more.

Wayne has been part of several big ticket carmakers like Rolls Royce, Bentley and Jaguar Land Rover before taking this new role. He has been instrumental behind the designs of some of the iconic cars like the Bentley Arnage in 1998, Aston Martin’s DB9 in the mid 2000s and more recently, the Jaguar XF, F-Type, F-Pace SUV, XE among others. Wayne Burgess was the Chief Designer for the Jaguar F-Type sports car, and then Studio Director for the Jaguar F-Pace SUV.

Bhavish Aggarwal, Chairman and Group CEO at Ola, said, "Wayne is a fantastic addition to our leadership team and will bring global appeal and design aesthetic to our industry changing electric vehicles. As the world moves to EVs, the vehicle form factors will be fundamentally reimagined. Wayne’s expertise in designing some of the most legendary vehicles will also be helpful in bringing these new form factors to consumers. I look forward to collaborating with him to build the most iconic range of EVs in the world."

Reacting on his new role as the head of vehicle design at Ola Electric, Wayne Burgess said, "I am looking forward to my work at Ola Electric and to the opportunity to lead a team that will work on designing cutting-edge electric vehicles for the world. I am thrilled to be part of Ola as it accelerates on its path to become a leader in global EV solutions."

Ola is expected launch its first electric scooters soon. The company is building a massive 500-acres facility called Ola Futurefactory in Krishnagiri District of Tamil Nadu to manufacture these scooters. The facility will be the world’s largest two-wheeler production centre with an estimated capacity of 10 million units every year. Ola has invested ₹2,400 crore and that more than 10 million man-hours have been planned to make the factory operational in record time.

Ola claims that the factory, once operational, will be able to roll out 20 lakh electric scooters by employing 10,000 persons and making use of anywhere between 3,000 and 5,000 robots. By summer of 2022, the aim is to make 10 million units each year. That would be around an EV every two seconds.