Ola Electric is aiming to set up a battery cell manufacturing plant in India which will help it produce 10 million electric scooters annually, along with its upcoming electric car.
By : HT Auto Desk
| Updated on: 07 Jun 2022, 03:29 PM 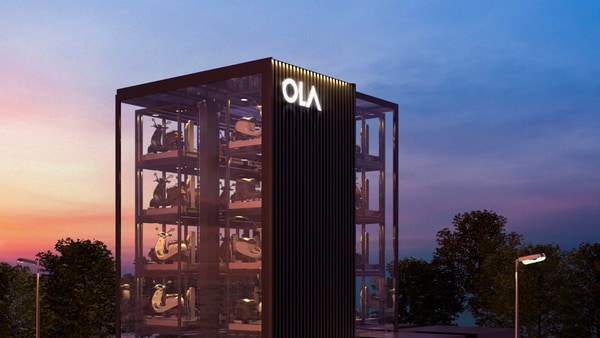 Ola Electric is in talks with several companies to invest in a battery cell manufacturing plant in India.

Tamil Nadu-based electric two-wheeler manufacturer Ola Electric is looking for partners to set up a battery cell manufacturing plant in India. According to reports, Ola wants to set up an EV cell production facility with a capacity of 50-gigawatt hours. Ola Electric aims to use this facility to produce around 10 million electric scooters every year, besides use it to manufacture its upcoming electric car as well. The cost to set up the plant may take an investment of around ₹7,700 crore.

Few weeks ago, it was also reported that Ola Electric is in talks with several state governments to find a piece of land where it can set up its second facility in the country. It requires around 1,000 acres of land for the EV four-wheeler factory. It is almost double of Ola Electric's only existing facility, the FutureFactory, where it builds S1 Pro electric scooters. The Ola FutureFactory is located in Krishnagiri, Tamil Nadu spread across 500 acres of land.

Globally, CATL, LG, Panasonic and Energy Solutions are some of the companies who are leading the battery cell manufacturing sector. They also supply their material to top EV makers like Tesla and Volkswagen.

Earlier this year, Ola Electric became one of the electric vehicle manufacturers in India to be selected by the Centre under the Production Linked Incentive (PLI) scheme, worth ₹80,000 crore, to set up an advanced cell manufacturing facility in the next two years.

Ola Electric currently produces the S1 Pro electric scooter for the market. The electric scooter was launched in India in August last year. Ola Electric CEO had earlier revealed the company's plan to foray into the electric four-wheeler space. He had shared an image of an electric car in concept form as well. The image shared hints that Ola Electric will possibly be working on a battery electric hatchback first, which could be an affordable EV. Ola is currently working on the design of the upcoming electric vehicle. The production is likely to start in the next two years.