The Goa-Karnataka coastal highway has the Arabian sea coast on its one side and the Western Ghats on the other side.
By : HT Auto Desk
| Updated on: 04 Jul 2022, 10:02 AM 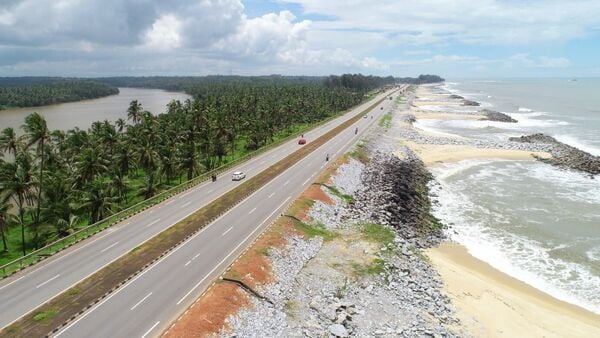 Currently, 173-kilometre or 92.42% of the total work of the Goa-Karnataka highway has been completed.

Road Transport and Highways Minister Nitin Gadkari has shared images of the Goa-Karnataka four-lane coastal highway that is near completion. The 187-kilometre-long stretch passes through various terrains with 45-kilometre of the length passing through rolling terrain and 24-kilometre through mountainous terrain. It has the Arabian sea coast on its one side and the Western Ghats on the other side.

Calling the highway coast magnificent due to its scenic view, Gadkari said that it is an important coastal highway link between west and south India. He also named it the foundation pillar of new India and a world class infrastructure. The highway connects the Goa-Karnataka border to Kundapur section of NH-17 in the state of Karnataka. 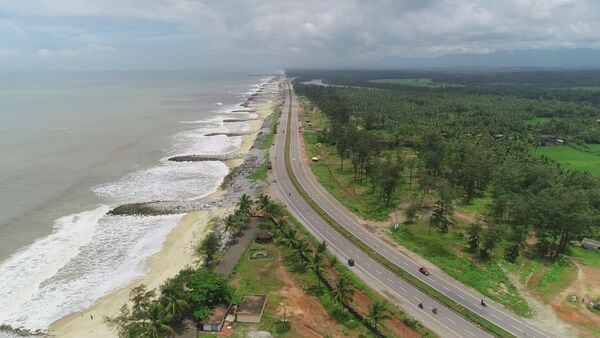 The coastal highway connects major cities and towns along the way including places such as Panvel, Chiplun, Karwar, Udupi, Surathkal, among others.

Currently, 173-kilometre or 92.42% of the total work of the highway has been completed and the remaining project is expected to be completed by the end of this year. However, traffic is already open on the highway.

Apart from connecting the western and southerns parts of the country, this project will “reduce travel time, prevent accidents, optimize vehicle operating costs and help in fuel savings due to smoother road and reduce congestion for inter and intra state commuters", the minister said.

Further, the coastal stretch has also provided an impetus to economic development with multifold opportunities for new commercial and industrial establishments. This has in turn led to creation of direct and indirect jobs for the local population.

The minister, sharing the government's vision, said that his department is actively working towards building “world class infrastructure across every corner of the country", leading the country towards “an era of 'Prosperity Through Connectivity'".