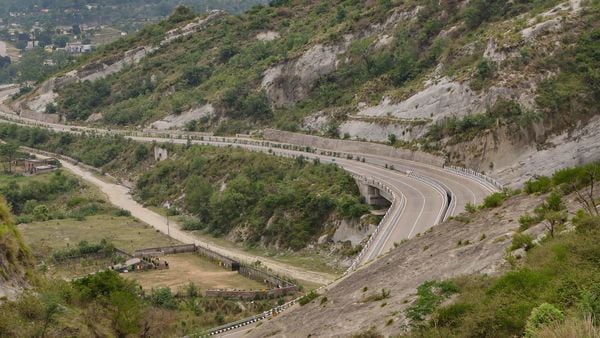 Union Minister Nitin Gadkari on Monday laid the foundation stones of ₹3,000-crore highway projects in Manipur and said the government will soon take up additional projects worth ₹16,023 crore in the state.

Laying the foundation stone of the 13 highway projects and inaugurating a road safety project in a virtual ceremony, the road transport, highways and MSME minister promised to also expedite the ongoing ₹2,250-crore highway works in the state and termed it as his "priority".

Urging Manipur to be the growth engine for the northeastern region, Gadkari said, "It can contribute significantly to the growth of the country... We are committed to its development. Laying a network of good highways will pave the way for its development. Besides, it (Manipur) should focus on promoting local artisans and endeavour to promote MSMEs."

He said Prime Minister Narendra Modi has accorded top priority to the development of infrastructure in the northeastern region. Gadkari also urged the state to expedite land acquisition and utility shifting for faster execution of projects.

"Projects worth ₹16,023 crore will be awarded soon for highway works of 874.5 km. Projects worth ₹2,250 crore are already underway in the state which will also be expedited," Gadkari said.

The minister added that these projects will be launched soon and he is confident that these will play an important role in developing Manipur.

"At the same time, I will request the chief minister to expedite land acquisition and utility shifting as these are the problems we are facing in the state," he said. Gadkari also urged the CM to convene a meeting with his revenue secretary, NHAI and NHIDCL officials in this regard to iron out the issues.

The minister also assured the chief minister to take up an elevated corridor project between Manipur and Imphal at the earliest and said that the detailed project report (DPR) is in the process of making by the ministry.

At the same time, he asked the CM to provide the utilisation certificate for the CRF funds so that a fresh tranche of ₹250 crore should be granted to states in order to facilitate legislators to start highway projects in the state.

The minister also asked the CM to promote green fuels such as methanol and electricity for vehicles and become a petrol-diesel-free state. He also urged Union Minister Jitendra Singh to come forward in this regard.

Besides, he assured the CM for larger connectivity to the state by highways, waterways or airways. Gadkari also urged the chief minister to promote micro, small and medium enterprises (MSMEs) in the state by encouraging entrepreneurs in honey production, bamboo cultivation, handloom and handicraft designing, among others.

He said the aim is to take the village industries' turnover from ₹88,000 crore to ₹5 lakh crore in two years.

The Manipur chief minister lauded Gadkari for accelerating stuck highway projects in the state, including the Imphal-Moreh section in the hill-locked state.