Nissan shakes off coronavirus woes in China sales with rebound in April: Sources 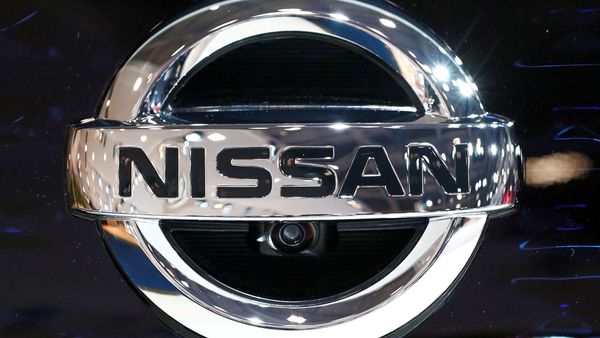 Nissan Motor's vehicle sales in China this month almost recovered to the prior year's level after a coronavirus-related 45% plunge in March.

Nissan Motor Co's vehicle sales in China this month almost recovered to the prior year's level after a coronavirus-related 45% plunge in March, two sources with knowledge of the Japanese automaker's preliminary data said.

The data reinforces growing optimism that the world's biggest car market is stabilising fast as businesses return to normal in China, making it a rare bright spot as most dealerships in Europe and the United States remain shut due to lockdowns.

Nissan's vehicle sales in China, which include Nissan, Infiniti and China-only brands, as well as light commercial vehicles, contracted just "a few percent" in April from a year earlier when it sold roughly 121,000 vehicles, said the people who saw the data.

Sales of the Nissan brand alone showed a "small growth", one of the persons said.

Nissan declined to comment on the April sales numbers but said the data will be made public on May 11. The people declined to be named as the data is preliminary and not public yet.

The estimated results mark a sharp improvement from a 44.9% plunge in March and 80.3% fall in February that Japan's No.2 automaker reported earlier.

"We're putting all efforts on China and the U.S. market to regain momentum," said the other source, adding Nissan is ramping up marketing and offering incentives to dealers to improve sales.

He also pointed to what he described as nascent signs of "changing views" on public transit and ride-hailing services resulting from the coronavirus outbreak which might have encouraged some consumers to shun such services and opt to buy cars instead.

In China, Nissan makes cars with state-owned Dongfeng Motor Group. The Japanese automaker said in January it aimed to sell 1.6 million vehicles in China this year.

Nissan's improving sales also follow upbeat data released by an auto industry group in China, cementing optimism that the momentum that started building up from the start of this month has gained a solid foothold.

The China Passenger Car Association said earlier this week sales of passenger cars jumped 12.3% between April 20 and 25, helping sales in the first 25 days of the month to drop just 1.6% from the same period a year earlier.

China's auto sales tumbled 43.3% in March in their 21st consecutive month of decline, but improved from a 79% plunge in February.

For Nissan, which had been reeling from falling global sales even before the pandemic due to an aggressive expansion plan pursued by ousted leader Carlos Ghosn, a solid business recovery in China would offer a much needed relief, as it scrambles to engineer a turnaround.

The pandemic has piled on pressure to renew efforts to downsize, and Nissan's management has become convinced that the company needs to be much smaller, arguing for a recovery plan that will likely cut 1 million cars from its annual sales target, Reuters reported earlier this month.

Nissan expected on Tuesday an annual operating loss of as much as 45 billion yen ($420 million) for the year ended March 31, its first such loss since the 2008 global financial crisis.