Nissan has been forced to cut vehicle output, even amid robust demand in key markets such as China and the United States because of a chip shortage.
By : Reuters
| Updated on: 08 Feb 2022, 04:08 PM 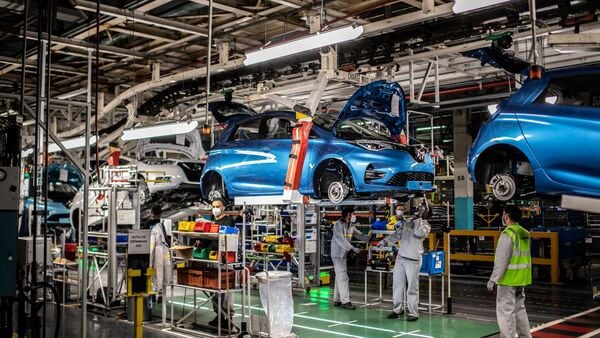 Nissan Motor Co on Tuesday raised its full-year profit outlook as it squeezed out more profit per vehicle but said that access to scarce semiconductors would be the key driver of future earnings growth.

Like other big global carmakers, Nissan has been forced to cut vehicle output, even amid robust demand in key markets such as China and the United States because of a chip shortage caused by Covid supply chain disruptions and competition for the component from a range of industries.

"2022 will be driven by how many cars we can make, rather than how many we can sell," Nissan Chief Operating Officer Ashwani Gupta said at a briefing following its latest earnings announcement.

Some car makers say they expect chip shortages to ease in the second half of 2022, although some automotive chipmakers have cautioned that a recovery could take longer.

The company raised its operating profit forecast for the year to March 31 by 17% to 210 billion yen ($1.82 billion) helped by cost cutting that improved margins and a weaker yen that bolstered the yen value of overseas sales.

That outlook is higher than a mean 194 billion yen profit based on estimates from 20 analysts, Refinitiv data shows.

The scarcity of cars for consumers to buy also means that Japan's No. 3 carmaker has been earning more per car because it no longer needs to offer large financial incentives to lure consumers, particularly in the U.S.

Japan's No. 3 carmaker, maintained its global full-year sales target of 3.8 million vehicles after cutting it from 4.4 million in November.

"I am hoping we can get more semiconductors," Nissan Chief Financial Officer Stephen Ma said at the briefing.