Nissan Motor stops taking orders for Ariya electric car in US. Here's why 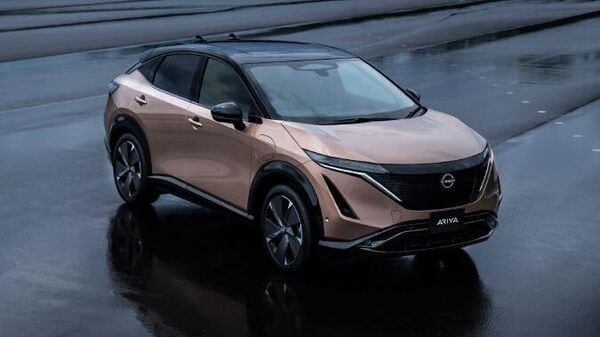 Nissan Motor has halted taking new orders for its Ariya all-electric SUV in the US due to overflowing orderbook given the vehicle's immense popularity. Deliveries of electric crossover are scheduled to begin later this year in the country but now, the company is no longer accepting orders. The news has been confirmed by a landing page on Nissan’s website.

The company's CEO Ashwani Gupta told Automotive news that the idea behind halting order books for the Ariya electric vehicle is that the company doesn't want its customers to keep waiting to get their electric ride. “Every customer wants to have it, and we don’t want customers to wait… Ariya has been successfully accepted around the world, even in the United States, we had to request our customers to stop the orders," Gupta told the publication.

However, Nissan hasn't officially revealed how many units of Ariya will be sold in the US but rumors have it that it would be less than 10,000 in total. The Japanese carmaker has already started producing the EV at its Tochigi assembly plant in Tokyo. In fact, 1,500 units of Ariya have already been handed over to customers. But the supply chain issues around the world due to various factors have hampered the ramping up of the production.

Nissan is not the first carmaker to halt taking orders of vehicle in the US in such a manner. Earlier, Ford had stopped taking orders for the F-150 Lightning pickup trucks even before the process of deliveries began in the country. The order book was halted after the company took two lakh reservations. The company also immediately mentioned that the order books would be reopened in the near future.

Similarly, Ford had halted order books for the Mustang Mach-E. Companies like Tesla and Volkswagen have also been affected by long order books that outpace production.