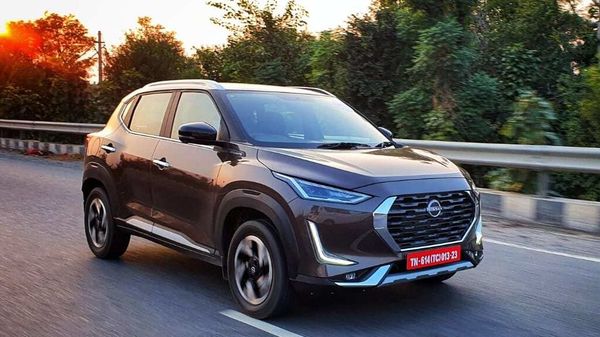 Nissan Magnite has received its second price hike since its introduction in the Indian market in December 2020.

Japanese auto major Nissan has formed a cross-functional 'semiconductor task force' to address the chip shortage issue that has hampered production at its Chennai plant, according to a senior company official.

Nissan Motor India, which has backlog orders of 60,000 units of its newly launched compact SUV Magnite, is working to minimise the impact of the current semiconductor shortage on the business and its customers.

"A global shortage of semiconductors has affected parts procurement in the auto sector. Due to the shortage, Nissan is adjusting production, taking necessary actions to ensure recovery," Nissan Motor India Managing Director Rakesh Srivastava said in an emailed response to a query on the current situation.

Elaborating on steps taken up by the company to address the issue, he said, "we have formed a cross-functional 'Semiconductor Task Force' that proactively works closely with our global teams, manufacturing plant and channel partners to address such supply chain and production issues to minimise impact on the business and our customers."

Nissan and its global alliance partner Renault have a manufacturing plant in Chennai from where they roll out their respective vehicles for sales in India as well as exports. The Renault-Nissan alliance has invested ₹4,500 crore on the Chennai plant, which has an installed annual capacity of 4.8 lakh units.

(Also read | Magnite SUV gets over 65,000 bookings, continues to power Nissan in September)

The Magnite that has crossed bookings of 60,000 units. In December last year the company had announced plans to hire 1,000 people to ramp up production with a third shift at the Chennai plant.

Earlier this year, Nissan Motor India had said it planned to ramp up production to touch about 3,500 units a month by July to meet robust demand in India for its newly launched compact SUV Magnite.

The current semiconductor shortage has also hit production of other automobile manufacturers in India thereby resulting in piling up of backlog orders in the industry to around 5 lakh units, with market leader Maruti Suzuki alone accounting for around 2.2 lakh units.