Nissan had pushed the sales of its Ariya electric SUV last year as well due to the Covid-19 induced semiconductor shortage.
By : HT Auto Desk
| Updated on: 05 Apr 2022, 11:08 AM 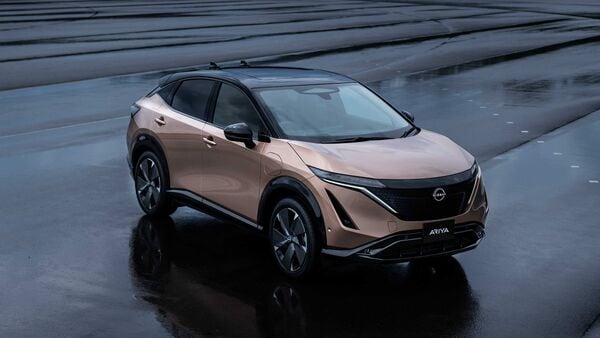 Nissan Motor Co has announced its decision to push back the release date of the all-electric Ariya SUV again due to the ongoing global semiconductor shortage and other supply chain disruptions.

Nissan Ariya electric SUV was slated for a mid-year launch last year but it got delayed due to the pandemic related chip crisis. All-electric Nissan Ariya SUV will go on sale in Japan from May 12. The company also mentioned that sales in Europe and the United States will start later this year.

Nissan pioneered mass-market electric vehicles with the Leaf hatchback EV in 2010 and it brought the Ariya EV almost after a decade. The electric SUV is based on an Alliance-developed EV platform. The Ariya electric SUV base model is a rear-wheel-drive electric car that combines an electric motor that delivers a power of 215 hp and maximum torque of 300 Nm. It also features a 65 kWh battery pack.

The RWD variant of the EV promises a range of 627 km and is powered by a 90 kWh battery. The model can produce a power of 239 hp with a peak torque of 300 Nm. The all-wheel-drive which is the top variant comes with a 90 kWh battery pack with two electric motors that can give the EV power output of 389 hp and a maximum torque of 600 Nm.

The Nissan Ariya electric SUV also features an e-4ORCE technology which the Japanese automaker calls its most advanced all-wheel control technology. This technology manages the power output as well as provides an efficient braking system that provides the electric vehicle with a smooth drive and stability. It also traces the driver's driving style over almost any road surface including wet and snowy roads.