The new access-controlled expressway between Pune and Aurangabad will have no turns, allowing vehicles to move at a speed of up to 140 km per hour.
By : HT Auto Desk
| Updated on: 24 Apr 2022, 03:42 PM 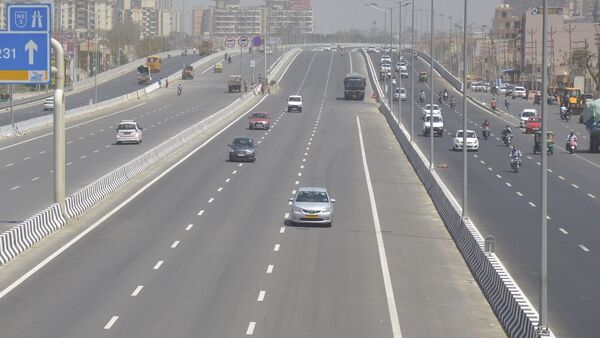 File photo of an expressway used for representational purpose only

An access-controlled expressway will be constructed between Pune and Aurangabad at a cost of ₹10,000 crore to reduce the travel time between the two Maharashtra cities, Union Road Transport and Highways Minister Nitin Gadkari said on Sunday. The minister also dedicated 86 km of roads on National Highway no 52 worth ₹3,216 crore in Aurangabad. He also laid the foundation stone of four other road projects in the city worth ₹2,253 crore.

The distance between Aurangabad and Pune is around 225 km and the new access-controlled expressway between these cities will have no turns, allowing vehicles to move at a speed of up to 140 km per hour. This will reduce the travel time between the two cities to 1.15 hours as against four to five hours at present.

The new expressway will pass through Paithan and Ahmednagar regions. The minister further informed a double decker bridge will be also constructed on Jalna road in Aurangabad to resolve traffic issues.

Earlier this month, the Union Road Transport and Highways Secretary Giridhar Aramane informed that the constriction of the National Highways (NHs) in the country slowed down to 28.64 kilometres a day in fiscal of 2021-22 due to the coronavirus pandemic related disruptions as well as a longer-than-usual monsoon in some parts of the country (Read full report).