Ministry of Road Transport and Highways said that re-registration of vehicles while moving to another state is one of the pain points in the vehicle registration process that needed attention.
By : HT Auto Desk
| Updated on: 29 Apr 2021, 08:36 AM 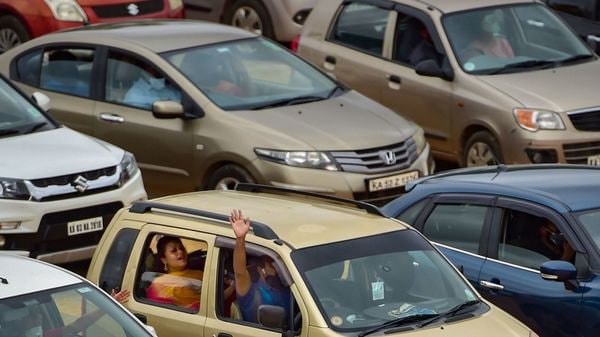 The Centre has proposed new re-registration norms for vehicles moving to other state. (File photo)

The Ministry of Road Transport and Highways has proposed a new rule that will allow free movement of personal vehicles in case the owner relocates to a new state for professional reasons. The new rule aims to centralise the system of re-registration of vehicles when relocating between states an easier process.

Union Minister Nitin Gadkari-led road transport ministry's draft rule also comes with its set of preconditions. The rule earmarks the specific type of vehicles that will be covered under this scheme.

According to a notification issued by the Ministry of Road Transport and Highways (MoRTH), this new rule will be applicable for defence personnel, government employees and others shifting from one state to another to re-register their vehicles.

The ministry issued a statement that said, "Under the MV Act, 1988 , a person is allowed to keep vehicle for 12 months in any state other than the state where the vehicle is registered. But a new registration with the new state- registering authority has to be made within 12 months."

The draft rule also proposed a new system of vehicle registration by marking all such vehicles into a new category called 'IN' series. This pan-India registration of vehicles will soon be tried out before a final call is taken on its implementation.

"This vehicle registration facility under ‘IN series’ will be available to Defence personnel, employees of Central Government, State Governments, Central/ State PSUs and private sector companies/organisations, which have their offices in five or more States/Union Territories," said the statement issued by the ministry. It also said, "The motor vehicle tax will be levied for two years or in multiple of two."

The ministry said that this scheme will be helpful especially for those working in the government or private sectors. It said that such relocation is a common thing for both government or private sector employees who have transferable jobs. The ministry observes that such relocations create a sense of unease in their minds regarding transfer of registration from the parent state to another state.