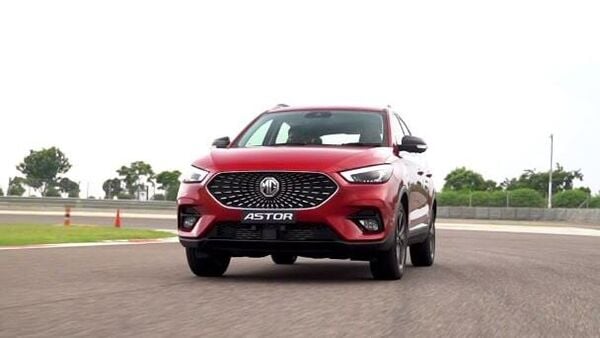 MG Astor, the latest from the company in India, continues to fare strong in a very competitive segment.

MG Motor India on Monday informed it had sold a total of 4,013 units in the Indian car market in the entire month of July. The company currently offers models like Hector, Hector Plus, ZS EV, Gloster and Astor, and is next planning to introduce the updated version of Hector as well.

MG made its India debut back in 2019 with the Hector and the mid-size SUV has fared reasonably well in the face of mounting pressure in its segment. The company followed it up with the introduction of ZS electric vehicle and sells around 300 units of the EV each month, claiming demand is even higher. But while Gloster premium SUV was also subsequently launched, it is the Astor - essentially the petrol-engine-powered version of ZS EV - that is currently the highlighted model.

Eyes would now be peeled on the updates that are being incorporated on the Hector with the company already confirming the largest vertically-oriented infotainment screen on any car on Indian roads. The screen inside the updated Hector measures 14 inches.

MG has also confirmed that its next new model would be a smaller EV with a price range likely between ₹12 lakh and ₹16 lakh. Continuing to bet on electric mobility powering the Indian automobile space, MG is confident of this new EV finding mass-market appeal and more takers than its already popular ZS EV. MG has also said that it is working on new Hector that is slated to arrive in dealerships later this year.