For a considerable amount of time, the sportiest and the most exotic Mercedes-AMG GT vehicle available was the GT R.According to a video report from Allcarnews on YouTube, the GT R will no longer be a part of the product line after the 2021 model year.
By : HT Auto Desk
| Updated on: 22 Dec 2020, 17:19 PM 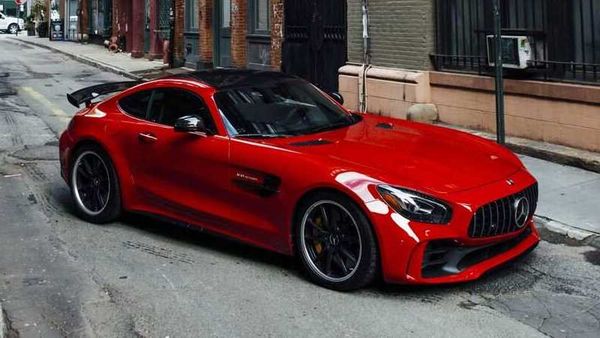 While a classic Mercedes-Benz car is known for its classy and elegant design, reliability and the luxury that it provides, the AMG models belong to the performance division of the brand. The AMG version of different models are tuned in a particular way to have additional power as compared to the classic Mercedes-Benz vehicle. Moreover, these are also equipped with special features to provide extra-sporty handling and more stylish aesthetics.

For a considerable amount of time, before the Black Series was introduced as a part of the GT family, the sportiest and the most exotic Mercedes-AMG GT vehicle available was the GT R. However, the Black Series set several records, including the record as the fastest overall production car at the Nürburgring, which was not considered possible for a front-engine with a rear-wheel-drive machine. Now, it looks like it will also be the reason behind pushing the GT R out of existence.

According to a video report from Allcarnews on YouTube, the GT R will no longer be a part of the product line after the 2021 model and the source is an alleged email sent to Mercedes-Benz dealerships stating the former GT flagship to be discontinued after the 2021 model year. Apart from this, the company is said to be closing the order banks for the 2021 model-year GT R on December 29. The email shown in the video looks legitimate, however, there hasn’t been an official confirmation from the company.

Although, available for purchase at approximately $163,000, the AMG GT R cannot be considered a reasonable car, the new flagship, GT Black Series, is in a league of its own. The pricing of the car starts at $325000, which is almost double the price for the GT R. The main point of difference between the two variants is not the horsepower, but the twin-turbocharged 4.0-liter V8 engine provides a different energy altogether. The vehicle has an output of 730 hp combined with the V8 engine and active aerodynamics and the design inspired from the current AMG GT3 racing car.

Other than this, as for the rest of the GT line, the base model now comes equipped with a power boost providing a 523 hp, bringing the GT much closer to the GTR in terms of performance. With the Black Series as the flagship and some of the previous AMG line up being discontinued, we can expect to see several other changes in the near future.