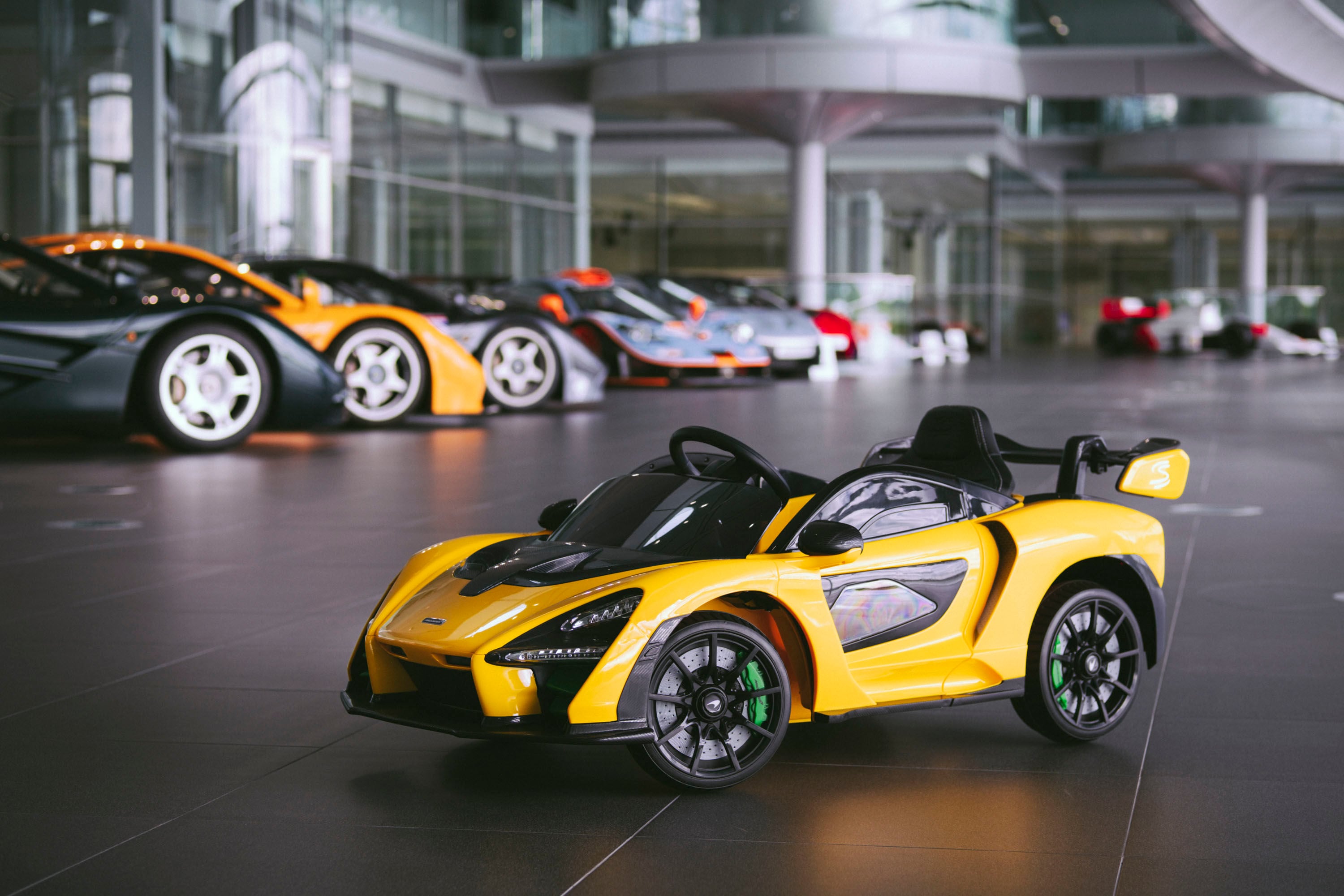 A junior driver can begin their car using a push-button start which activates the Senna engine sounds. They can also listen to music that can be played via an infotainment system that can access files from a USB device or SD card.

The Senna 'Ride-on' is the third car in McLaren’s range of children models, following the McLaren P1TM and 720S. It is priced at £375 in the UK and is available to be ordered at McLaren Retailers and selected toy retailers.

The regular McLaren Senna is a track-focused road car which draws power from a 4.0-litre twin-turbocharged V8.